IT IS TIME FOR A FAIR CAB FARE

The tough stance taken by the government on the protests by the taxi operators is to be hailed. 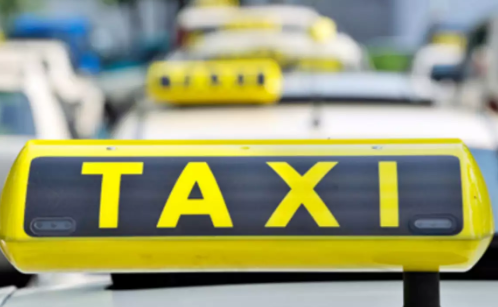 Rarely have past governments stood the ground against the taxi operators in this manner, and the statements by Transport Minister Mauvin Godinho on coming down on the protesting operators with an iron hand shows the determination of the government not to succumb to the demands of the taxi operators, which is to scrap the services of the sole existing taxi aggregator. For once the government has shown that it can fight back, with the Minister saying that the ‘taxiwalas cannot hold a gun to the temple of our head and dictate terms to the government’.

The issue is simple, the taxi operators do not want the competition that is being served out by the aggregator service. This also, is not the first time that the taxi operators have protested over the taxi aggregators services. This is an ongoing battle, that has actually led to fisticuffs on the streets between the taxi drivers and the drivers of the aggregators cabs, leading to cases being filed with the police. The protesting taxi operators have warned that the protest could spill over to the streets. The government, however, has remained unfazed with the Minister stating that those guilty of damaging vehicles or property will have the permits cancelled and not be allowed to renew permits for five years.

This is a simple problem – the taxi operators are resisting the installation of fare meters in their cabs, despite the government, the tourism body and others all being in favour of this. Again, except for the taxi operators, all others favour the services of the taxi aggregator as this permits a reasonable fare for travellers. The taxi owners have now linked the scrapping of the taxi aggregator with that of installing fare meters in their cabs by stating they will come for talks on the meters only after the taxi aggregator has been scrapped. That demand, according to the minister, is just not feasible.

For long Goa has got a bad name for the high charges by the taxi operators. Posts keep cropping up on the social media of how tourists and locals have been overcharged by the taxi operators. In our Review section today, tourism stakeholders and others speak of how they have been taken for a ride by taxi operators and call for meters to be fixed to all cabs. Despite efforts by the government and the Travel and Tourism Association of Goa getting a court order in July 2019 in favour of installing meters, the taxi operators have successfully managed to delay this till now. The government has even had a contempt notice slapped on it for the delay, leading to an unconditional apology from the Transport Director citing that the delay in the installing digital meters was due to practical difficulties.

The real question is how long will this agitation play out? What is it about fare meters that the taxi operators in Goa find so uncomfortable that they have been opposing it for years and are ready to protest for days on end? If one surfs the internet it is easy to find news reports dated over 15 years ago of tourist taxis in Goa refusing to install meters. After having succeeded in holding out for a decade and a half, the taxi operators possibly feel that they can still keep the installation of digital fare meters on hold. But, wouldn’t it be fair to the taxi operators and to the people in Goa that the fares charged are reasonable? This is not an issue that should dominate the news and the time of the government when there are many other pressing matters. Unfortunately, it does just that, with the people who use the taxis becoming the losers.