If IIT is shifted, it has to be people’s victory 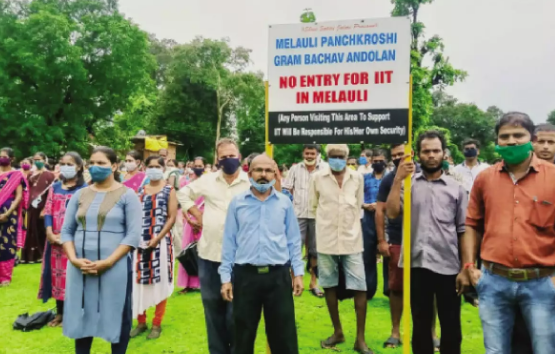 Sattari’s main supporter of the Indian Institute of Technology (IIT), Valpoi MLA Vishwajit Rane, has taken a complete U-turn on the location of the institute. After backing the IIT in Melauli, working behind the scenes and in the foreground to get it shifted from other sites to Sattari, singing paeans to how it could transform the taluka, the MLA, who is also a minister in the government, has withdrawn support for the project, and written to the Chief Minister asking that it be shifted from not just Melauli, but from Sattari to any other taluka in the State. As this change in stance was revealed, old statements made by Rane on the IIT surfaced, forcing him to again reach out to the people to state that his views on the IIT have not changed, but that he stands with the people who have opposed the IIT in Melauli.

Less than a month ago Rane had asserted that the IIT will ‘definitely come up’ in Sattari and had urged the chief minister to start the process of setting it up immediately. Earlier the MLA had claimed ownership of the decision to set up the IIT in Sattari, when he said, it was one of his ‘biggest dream come true’ and thanked the Chief Minister for considering his suggestion of bringing it to Guleli, assure all support for it. On another occasion he had said that whatever the opposition, as long as he was the MLA of the area, the IIT would come up in the earmarked land.

Why then did he change his stance now, citing people’s wishes? The people have been opposing it for months, did it take the MLA this long to come to the decision that he has to be with the people on the issue? In the letter to the Chief Minister he wrote, ‘I need to side with the people ultimately I am the representative elected by them’. As an elected representative, didn’t he know this already? Had the Shel-Melauli residents not received the support of other neighbouring villages, would Rane have come to the decision that he now has? Had there not been police action on the people who were protesting, action that has been condemned across the State, especially since the police are alleged to have trampled on women who were protesting, would there have been a change in mind of the local MLA?

It is clear that political compulsions have forced Rane to take that decision. The people of Shel-Melauli have been protesting the IIT location in their village for months, and until a few days ago Rane was still backing the project, showing no signs on any change in his stand. It was obvious that he did not see this as a threat to his political future. He was sure that as long as it was only the people of Melauli who were protesting, his political career was not in jeopardy. It was when other villages began to march to Valpoi and to Shel-Melauli in support of the people who were protesting, that Rane gauged the changing political climate and quickly altered his stance on the project. He now claims he is with the people on the project and wants it moved out of Sattari.

It is unfortunate if political compulsions are forcing the change of location of the IIT. The people opposed the location as the institute was proposed on land that was agricultural and forest in nature and where they had their farms. There was no political motive in this. The relocation of the IIT, if it does come about, should happen because of the reasons that the people have proffered and not for any other, especially not if a politician is attempting to convert a setback into a victory.