If higher fines will discipline motorists, shouldn’t they be implemented?

The government has again deferred the implementation of the amended Motor Vehicles Act, a day after the Union Road Transport and Highways (MoRTH) Minister Nitin Gadkari had ruled out any lowering of the fines. 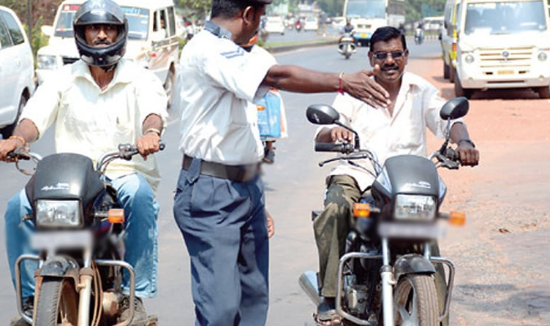 One of the reasons given is that the government will look to first improve the infrastructure before implementing the increased amount of fines, and that the decision will be taken after discussion and deliberation with the stakeholders. By linking the increased fines to the infrastrucutre, the government is admitting that the road conditions in the State are not of acceptable level, an issue that has several times been brought up by road users and tax payers.

Goa has been pushing forward the implementation of the new rules since September 2019, and improvement of the road conditions has been the reason that has been proferred. What this indicates is that in the last 16 months, since September of 2019, there has been little positive change in the road conditions. At that time, the new date for the implementation of the rules was January 2020, by which date the roads were expected to be motorable, but apparently even a whole year after that deadline, they are not worthy enough for the new rules and fines. The government had, at that time, also given a thought to lowering some of the fines, a relaxation permitted by the Centre, so as to make paying the penalties easier on the pocket. This too has not been done.

Very interestingly, Chief Minister Dr Pramod Sawant has gone on to state that what is required is  creating awareness on road safety and introducing this in schools as part of the curriculum. In essence what is sought is that children, who will motorists one day, are imbibed with the need to follow rules at a young age itself. Primarily what this means is that road discipline is what is required today. If this discipline exists, then there will be less breaking of rules. A day earlier, Gadkari had said that the Act has to be enforced to change the habits of people and that the fines have been increased for the safety of the people, leaving Goa with no alternative but to implement the amended rules.

The Union Minister had also made a very pertinent comment that, if the people don’t break the law, they don’t pay a fine, and it is only if you break the law that the fine has to be paid. This is logical reasoning and the increased fines are to sensitise people to the need to follow the traffic rules. In that respect the objections to the increased fines become meaningless as those who will be levied the fine are those who have broken the law. The amount of the fines have been increased so as to force motorists to follow the rules. It is meant to ensure that the people’s safety is not compromised by the people themselves. Most of the penalties are for not wearing helmets, not using the seat belt, drunken driving, jumping the traffic light etc.

A number of States have lowered the fines but the high fine is meant to act as a deterrent, so the lowering of fines should not lead to the motorist or the rider ignoring road safety and breaking the rules. Goa, not unlike the rest of India, has a high number of accident cases and deaths on the road. These are to be avoided and if the increased fines will bring about discipline, shouldn’t they be implemented? The choice is between an increased fine that can lead to discipline on the road and a lowered penalty that could lead to the current disorderliness on the road continuing. Which is better?