The last two days have seen local governing bodies across the State imposing lockdowns within their jurisdictions much like they had done in June last year as cases of COVID-19 had begun to rise. 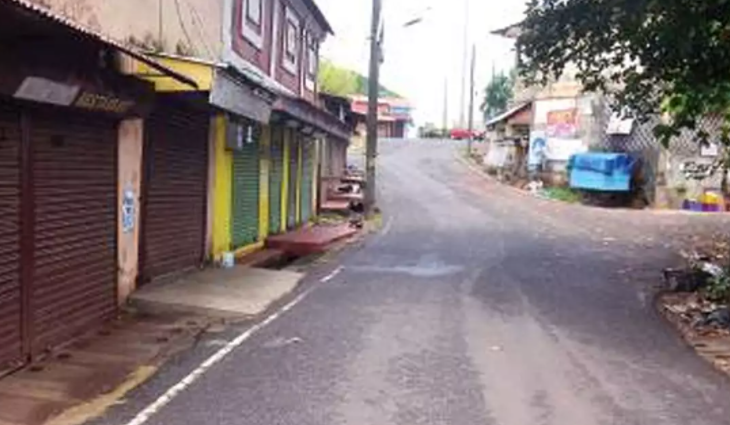 Only on this occasion the number of such ‘voluntary lockdowns’ are far more than the previous instance. At that time, Chief Minister Dr Pramod Sawant had said that panchayats cannot decide on a lockdown and that if anyone wants to stay indoors, it should be voluntary. Deputy Chief Minister Chandrakant Kavlekar had agreed with the Chief Minister on this and said that the lockdowns announced by panchayats did not have the requisite legal standing. That was in June last year.

Now again, Chief Minister Sawant has said that such lockdowns will lead to panic which will be counterproductive. He said there was no need for such lockdowns and that the government guidelines and restrictions should be followed. But other than making a statement on the issue, is there nothing the government can do to stop individual panchayats and municipal bodies from taking such harsh decisions? If the government believes such individual lockdowns can cause panic and be counterproductive, than they should be stopped. At a time when people are already in a situation that is uncertain given the rising numbers, decisions that can cause panic need to be avoided.

For that matter, as panchayats and municipalities again impose lockdowns, do these have any legal standing? Very interestingly, most if not all local governing bodies have been claiming that the lockdowns are voluntary. So, how does the lockdown that is voluntary in nature work or is imposed? Does this mean that the people in the village are free to decide whether to choose to follow the diktat of the panchayat on the lockdown or ignore it? Adding the word voluntary is actually a means to bypass the fact that the local governing bodies are not legally authorised to impose these measures.

This is because panchayats to impose the lockdown are falling upon Section 60 of The Goa Panchayat Raj Act that makes a ‘provision for carrying out within the panchayat area any other work or measure which is likely to promote the health, safety, education, comfort, convenience or special or economic well-being of the inhabitants of the Panchayat area’, though this is not specific to restricting the movement of the people of a village. To evade the legal implications, the local bodies are all claiming that the restrictions they are imposing are voluntary.

On the other hand, Chief Minister Sawant’s call to follow the government guidelines needs to be heeded. The Centre in its recommendations on controlling the spiraling COVID-19 cases has allowed States to declare micro-containment zones depending on the local situation. Goa has already declared a few such areas based on specific data. What the panchayats are doing is announcing a lockdown that has no logical reasoning or exact information to back such a move. Lockdowns are extreme measures and should be imposed only depending on the severity of the situation. The government has to take a stronger stand on the unilateral decisions of the local bodies.

The current situation is such that it requires that the pandemic be dealt with at multiple levels – treatment of the serious patients, treatment of the not so serious, isolation of the asymptomatic and prevention. If the lockdowns are meant to be preventive measures, just how long can panchayats keep the restrictions in place? It may appear easy to fall in line with other panchayats that are imposing the curbs and not remain left out – this is a likely reason for the lockdowns – but each panchayat should also take decisions based on facts and figures. It is time the government steps in and imposes a lockdown if there is need for one or stop what is happening.