Bihar will soon go to the Assembly polls and it could be any time in late October or November. 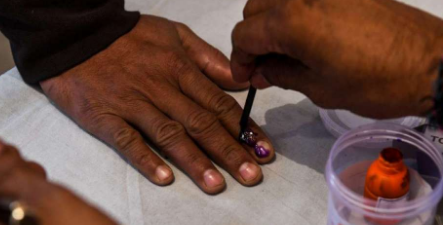 The Election Commission is likely to announce the dates for the Bihar Assembly election any time soon. It becomes more evident when one sees a flurry of new projects being launched and inaugurated online. It is a message to the voters that the 'Netas’ will soon be knocking at their doors, begging for votes.

At this moment it seems Modi government is doing a piggyback riding on PSU (public sector units) schemes to project its development plank ahead of the Bihar polls. Prime Minister Modi inaugurated two projects of Indian Oil and one of Hindustan Petroleum on Sunday. Power minister RK Singh inaugurated a slew of community-focused projects of power major National Thermal Power Corporation (NTPC) on Saturday.

Virtually all major political parties in Bihar have started the exercise of recalibrating their respective alliances. The RJD, which won the majority of the seats in the 2015 Assembly elections, had to sit in the opposition due to Chief Minister Nitish Kumar’s volte-face in 2017. RJD now faces the biggest challenge in the State. The party was stumped in the coalition politics in the 2019 Lok Sabha election as well.

While the challenge for the non-National Democratic Alliance (NDA) parties seems to be more, but with the economy sliding down, migrants from Bihar not treated well during the pandemic, the ruling JDU-BJP government in the State is not in a cushy platform as was expected under Modi regime. Yes, the Covid-19 pandemic is also likely to hit Bihar elections and for the ruling coalition to play on the issues like removal of Art 370, Ram Mandir, Triple Talaq etc may not be good enough to lure the voters who suffered immediate economic loss recently, be it through floods or through pandemic.

Almost all parties outside the NDA camp are ready to contest the election under the umbrella of the ‘secular’ grand alliance, willing to accept RJD party as their leader, their individual ambitions speak otherwise. The Congress and Communist parties are among the prominent ones expected to join the grand alliance. Both had to face political oblivion in Bihar after the emergence of RJD’s Lalu Prasad Yadav.

In the last Assembly polls in 2015, the RJD had contested 100 seats and won 82. Even after three decades of losing their vote bank, Congress and the Left parties in the State of Bihar continue to hold on to Lalu who is serving a jail term in fodder scam and cannot contest any election after conviction from the court of law. However, Lalu through his son still has influence and his political understanding of the State is impeccable.

Bihar will be a litmus test for the BJP in particular as the economic condition of the country is dwindling and even though the voters have seen the NDA government delivering many social issues mentioned in their manifesto, it will be interesting to see how the voters and Bihar react post the pandemic. It will be also a precursor to the West Bengal elections which is scheduled for May 2021.