Mobile towers needed but does it justify bypassing local bodies? 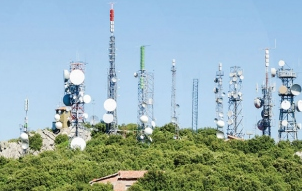 The State government has approved the new Goa Telecom Policy to overcome the network issues faced by students in rural villages who are undergoing online classes. The COVID-19 pandemic led to innovative strategies such as work from home, virtual meetings, utilisation of e-services, OTT platforms, e-commerce, e-governance e-learning, telemedicine, that have become the new normal but all depend upon the ubiquitous telecom connectivity. The State government says the new Goa Telecom Policy attempts to facilitate the creation of a robust and resilient telecom infrastructure in the State. It also says the policy will aim to fulfil people’s expectations of fast and reliable internet connection anywhere and anytime as the demand for internet connectivity, through mobile or broadband connectivity has exploded.

It is a good move to utilise government land and buildings for installing towers. Interestingly, the draft policy was received by the Department of Information Technology, from representatives of the Tower and Infrastructure Providers Association (TAIPA) for installation of mobile towers and right of way permission for the State. The government says the draft was circulated to various stakeholder departments for comments/suggestions by the Department of Information Technology. Besides, the policy was also circulated by the same department to various telecom service providers for their suggestions. Based on the comments and suggestions received from various departments and telecom providers, the Goa Telecom Infrastructure Policy, 2020 was finalised.

There should not be any dispute on the fact that Goa has very poor network connectivity right from Pernem to Canacona. Even a city like Panjim, the State capital, has network issues, which need to be worked upon in the current age, wherein all works are done online. Even though it has not been scientifically established that mobile radiation is harmful, the government must take care that the towers are not installed in areas where there is high population density. However, Chief Minister Dr Pramod Sawant on Wednesday said that there will be no need for any permissions or NOCs from panchayats and municipalities for installation of the mobile towers. In the past, the installation of many towers, especially in South Goa, has been opposed due to the apprehensions that they generate high radiation which is dangerous to humans, though this hasn’t been scientifically proved yet.

Still, the government should have taken the panchayats or local bodies into confidence before finalising the policy. The major agitation against the mobile towers was during the BRICS summit in 2016, held in Salcete. Village panchayats opposed the move for installing new towers. During the gram sabhas the officials of telecom department, government and GSPCB faced a barrage of queries from the public about the safety of mobile towers. Sadly, the government officials could not provide a satisfactory reply on the concerns raised by the people. Villagers passed resolutions not to allow any mobile towers in residential areas.

Considering this, why does the government not make an attempt to educate the local body members on towers? Why not convince them that due to the current pandemic, the installation of towers is necessary for the future of their children? Nobody can anticipate when schools will resume. We have already seen in the past few months that students have been walking miles to get to a network coverage area. It is clear that there is a fear in the minds of people regarding towers. And if the government is convinced that the towers produce no harmful radiations then it should educate the people. Why does government want to trample on the powers of the village panchayats?