Margao town is soon to get a multi-level car parking facility with the Margao Municipal Council having finally issued a tender notice for the project whose foundation stone was laid six years ago. 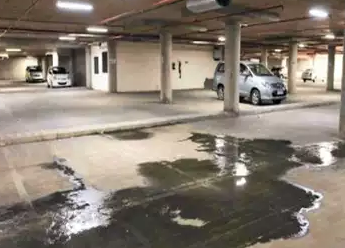 What this essentially indicates is that this facility was required these many years ago but a lethargic council sat on it before now deciding to blow off the dust from the files and revive the project. The current council that took charge of the civic body just months ago determined that the facility was required and hence decided to revive it to solve the parking issue of the town. The chairperson had earlier announced that a multi-level parking project would be his priority and that he would ensure the project gets completed during his tenure.

The financials of the project are interesting. The revised estimate, as reported by Herald, shows that the project cost has increased by crore, from the original Rs. 5.58 crore to Rs 6.57 crore. The council had earlier obtained approval from the Urban Development Director to utilise the one-time Golden Jubilee grant of Rs 3 crore sanctioned by the government and to utilise the balance funds from the Finance Commission funds or from the Municipal funds. The Golden Jubilee grants were given to local bodies to coincide with the 50 years of Goa’s liberation in 2011. Goa is now celebrating the diamond jubilee. This just shows the slow pace at which government and local bodies work in the State.

Nobody who has been to Margao on a weekday will disagree with the fact that the towns has a massive traffic and parking problem that has only got amplified over the years as no measures were introduced to find a solution. Margao somehow lived on the hope that once the Collectorate office was shifted from the centre of the town to its new premises and Hospicio hospital also followed suit, the traffic and parking issues would have resolved themsleves. This didn’t happen as the commercial town saw increased trade and commerce and there was also a growth in vehicles of residents and visitors. The town’s parking problems just grew. But, is a multi-level parking facility the answer?

Panjim has attempted to find an answer to its parking problems by constructing such a facility at the entrance of the city, close to the bus stand, in the hope that people entering the State capital would park their vehicles at this facility and then take public transport into town. This never happened as public transport was not tuned for such use by people who were used to driving their own vehicles. The proposal of hop-on hop-off buses that would traverse the city picking up and dropping off passengers never materialised and the parking facility is mainly used only for a few hours in the evening by tourists who park their vehicles here and take a cruise on the River Mandovi. But for this, Panjim’s multi-storey parking facility is a dead investment.

The Panjim experience of a multi-storey parking facility should be an eye-opener to the drawbacks of such a project. Has the Margao Municipal Council worked out strategy to make motorists use the proposed parking facility once it is ready? Unless it is mandated upon vehicle owners to park at a particular place and then use the public transport, such a facility will not yield the desired result. Besides, the public transport system has to be improved multiple times to interest people into using it. Margao requires to look beyond just issuing a tender notice for a multi-level parking facility. It has to ensure that the facility is utilised and that it is financially viable. It should not turn into a white elephant.