No change, as IPB still plods along

Meeting for the first time this financial year, the Investment Promotion Board (IPB) has cleared seven projects, with the Chief Minister stating that IPB project clearance will now be put on the fast track. 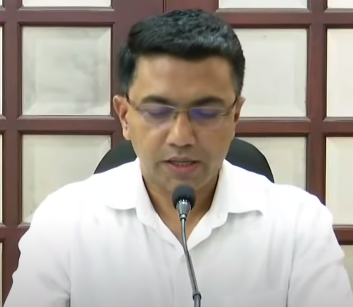 Chief Minister Dr Pramod Sawant announced that the board he heads will meet every three weeks to streamline investment proposals and that the rules would be amended to bring about a single window clearance mechanism for all investment projects. No doubt these are reforms that are required in the Investment Promotion Board and in the State, especially since Goa has dropped from the 19th place to the 24th place in the list of States for Ease of Doing Business, and industry has complained of red tapism delaying projects. But, haven’t these very reforms of the government been announced earlier in the past?

A year ago, in October 2019, Goa hosted the Vibrant Goa Expo and Summit and just days before the summit could begin the Chief Minister has asured that the Investment Promotion Board would now act as a single window for investors in the State. That was not the only assurance, as the Chief Minister had said that an investor would have to submit his proposal to the board, fifteen days prior to a scheduled board meeting. The proposal would then be scrutinised by consultants and after that it would be placed before the board for a decision.

The final clearance to the proposal would come from the board and within the next fortnight the investor could begin construction of his project, as construction licences for projects cleared by the Investment Prmotion Board would be made available within a fortnight. The Chief Minister had even said that the government intended to amend the Panchayat Raj Act to give powers to the Investment Promotion Board to give construction licences to the projects cleared by it.

These announcements had given industry, which had been facing various setbacks in the past, hope of some positive change in the system, but it is now fully apparent that there has been no change whatsoever in the system for a full 12 months since all those promises were made. They have been partly renewed now, and will Goa have to wait another 12 months before this assurance of the Chief Minister – that IPB projects will be put on the fast track – happens? Yes, there was a lockdown due to the COVID-19 pandemic and a large number of reforms did not see the light of day, but the IPB wasn’t caught in the daily management of the pandemic situation, so what stopped it from beginning the process for all what had been promised? Or for that matter from even meeting a clearing investment projects?

We have seen this happen often – of action not matching the spoken word when it comes to government. The Investment Promotion Board has to meet more often – at regular intervals – so as to build confidence in industry and also clear the pending projects. Goa needs investment, it needs to generate employment. Just recently the Chief Minister had said that the unemployment rate in the State was high and that there are 1 lakh persons registered with the employment exchange. That number of unemployed persons has to be reduced, and it is only fresh investment that can help bring it down.

The Investment Promotion Board cannot remain an inactive entity and lack of staff cannot be the excuse given for the sluggish pace at which this board works. If Goa is to climb up the rankings in the Ease of Doing Business list, then the work towards achieving this has to start now. Can the government and the Investment Pormotion Board deliver on the new promises made?