If the Common Bio-medical Waste Treatment Plant set up at Kundaim Industrial Estate is ready, it should be commissioned on an immediate basis. 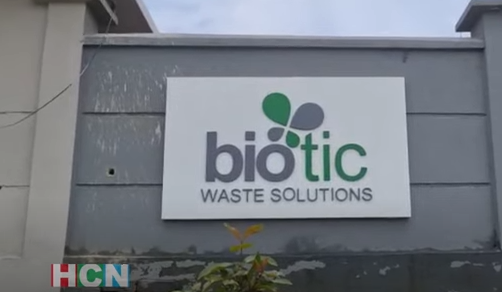 Goa cannot further delay the commissioning of the plant that was inspected by the Minister for Waste Management this week. The plant has been set up for a purpose, which is treating Goa’s biomedical waste in a scientific manner. This was a facility that was required for a long time and it has taken shape as it is mandatory under the Biomedical Waste Management Rules 2016 and also court directives. It is, however, not functional yet and even the fees to be collected from hospitals and clinics have not been decided. Should this delay the functioning?

The plant fills a gaping hole in the State. As per the admission of the minister for waste management, Goa did not have a biomedical waste treatment facility and waste from hospital and clinics was buried in pits, burnt in open spaces and dumped along with the garbage. With the commissioning of the plant, waste that has been segregated at source will now, after treatment or incineration, be converted into dry powder. Besides the minister’s statement, an earlier report of the Goa Waste Management Corporation had also stated that in the absence of an appropriate and comprehensive bio-medical waste management system, including a treatment facility, there existed the risk of dumping bio-medical waste, open burning and disposal of bio-medical waste along with municipal waste poses a serious health concern.

All this did indeed occur in Goa in the past years. There have been cases of expired medicines being dumped, of syringes and other hospital waste found in garbage dumps or in other places of medical waste on the roadside. In January 2016, after such waste had been found dumped at Kadamba plateau there was felt a pressing need for a common bio-medical waste treatment facility for such waste that was generated on a daily basis. It has taken five years from then until now to have the facility ready, even if it is yet to be commissioned. For a start the plant is expected to treat on a daily basis around 1.2 tonnes of biomedical waste generated in hospitals and pharmacies across Goa. That is the quantity of bio-medical waste that the State generates.

The pandemic, however, led to a 50 per cent increase of bio-medical waste that was generated. In May this year, from 2300 kgs per day till December 2020 it had gone up to 3500 kgs per day, with that related to around 100 kg per day in February reaching 1050 kg per day in May, raising concerns of its disposal. At that time the Goa Waste Management Corporation had admitted that it was in no position to collect, handle and treat the waste but was expecting the Common Bio-Medical Waste Treatment Facility to be operational by June this year. Even three months later it is not open for operations. Delays that Goa can ill afford.

So, will the new facility that has been inspected and soon to be commissioned, put an end to the dumping of bio-medical waste that the State has put up with in the past? Garbage, and medical waste in particular, cannot be dumped in the open. One of the reasons for pollution of rivers was the dumping of bio-medical waste in them. When it comes to bio-medical waste there are certain procedures to be followed. Discarding it in the open, as has happened in several cases in the past, was utterly irresponsible. With a facility now ready, will the practice of open dumping stop completely? The authorities need to ensure that such instances do not repeat.