Opposition MLAs have spoken, now they should act

The most sensible demand made by the opposition MLAs from the government regarding the COVID pandemic, is that the Rs 300 crore grant from the Centre for the 60th Liberation Year celebrations be instead utilised for the pandemic management. 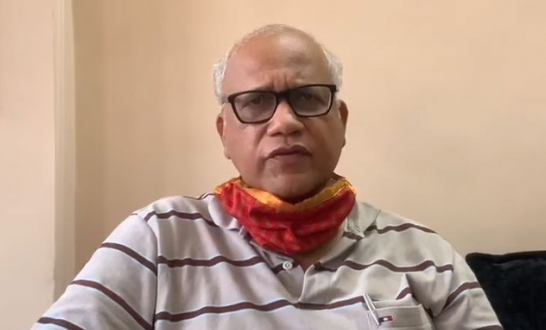 With the COVID-19 pandemic raging across the country, the plan of having programmes across the country that would promote Goa is now just not feasible, so the grant that was meant for this can very well be put to better use of saving lives in the State. It has to be done. Goa cannot afford to lose lives the way it is currently doing.

Waking up rather late to the escalating cases in the State, the opposition MLAs who met on the invitation of the Leader of the Opposition Digambar Kamat, also sought a complete lockdown of 15 days with closure of all borders, allowing entry of only vehicles carrying essential commodities, medical aid and equipment. Their demand include that even shops selling essential commodities and medical stores remain open only during the morning period, while all other shops remain closed.

While the opposition MLAs may have their reasons for making their demands – the rising cases surely one of them – can they inform the people where they were all of April when cases were also rising and fast? Didn’t they see the situation deteriorating? Where were they when deaths that had been due to co-morbidities and were within 20 a day rose to 30, then to 40 and even 50? Where were they when there were problems involving the supply of oxygen to the hospitals? Where were they when the doctors on duty in government hospitals were struggling to get adequate support from the government?

We don’t know what all of the opposition MLAs were doing, but at least two of them were in the midst of a campaign for the civic elections in the town that came in their constituencies and so apparently did not have the time for the more important issues of the people – the pandemic and the deaths. Capturing or retaining the council was more important for them at that time. It is not only now that cases have risen, cases started rising in March and in April they soared. But other than the perfunctory statements of the opposition MLAs there was nothing else forthcoming. The Congress, to give it some credit, set up a team of volunteers that organised oxygen supply, but the others did nothing.

The other sensible suggestion that came from the opposition MLAs was that the government must constitute a task force comprising experts from civil society and the army to handle and manage the COVID pandemic in the State. This came after they expressed their displeasure over the attitude and approach of the government in handling the pandemic. Herald had earlier already suggested that the government allow the State Executive Committee constituted last year to take decisions and that the politicians listen to experts from the medical field for better handling of the pandemic, rather than attempting to redeem the situation themselves.

Yes, there have been too many missteps in the management of the situation and there is dire need of expert advice in decision taking. The opposition MLAs are right in seeking action, but they could have done a lot more during the pandemic. For that matter, while youth have been volunteering to help COVID-19 patients who are in isolation, how many workers of all the political parties have done the same? Their work is not restricted to knocking on the doors of the voters during an election campaign, but also ensuring that the voters remain safe and have the facilities required. Enough of statements from the politicians, let there be action.