Political crisis amidst pandemic won’t be fair on the people

The sudden development in Goa’s political spectrum, amidst the COVID-19 pandemic in the State appears to have shocked everybody, especially as at this time politicians, cutting across party lines, should have come on one platform and found a solution to the rising threat of the dreaded coronavirus. 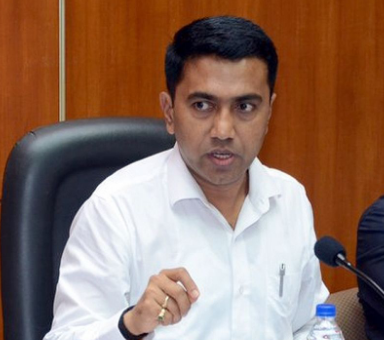 However, you cannot keep politics out of anything in Goa and the simmering political developments appear to have arisen as a compulsion to the BJP rather than by choice.

The Supreme Court last week issued a notice to Speaker Rajesh Patnekar to reply on the disqualification petition filed by Goa Pradesh Congress Committee president Girish Chodankar against the 10 MLAs who switched over to the BJP in July 2019. The notices assume significance as the Supreme Court has issued directions in a similar case in Manipur wherein eight MLAs who jumped from Congress to BJP have been barred from entering the State Legislative Assembly. Following the notice, Chief Minister Dr Pramod Sawant hurriedly called a meeting of the 10 MLAs to discuss and plan out a strategy. In between, the BJP has also given a push to the induction of two Goa Forward MLAs – Vinod Palyekar and Jayesh Salgaocar – into the party fold.

Ironically, the move comes as a backup in case of any eventuality vis-à-vis the disqualification case if and the Sawant government has to face a floor test. Not just 10, two more MLAs – Dy Chief Minister Manohar (Babu) Ajgaonkar and PWD Minister Deepak Pauskar – are also facing a disqualification petition, as they split and joined the BJP in March 2019, in a midnight coup. Going by the Supreme Court verdict in the Manipur case, the BJP in Goa could be looking at minus 12 from their tally of 27.

They have the support of two Independent MLAs – Co-operation Minister Govind Gaude and Sanguem MLA Prasad Gaonkar – and also have ‘issue-based’ support from NCP’s Benaulim MLA Churchill Alemao, who has abstained from voting for or against the government in the past. So the BJP number could be 15 plus two Independents which makes it 17, in a House of 28 MLAs (if 12 members are disqualified or have to resign). They will still be in majority and will not need any support from the regional parties.

However, insiders now suggest that Sawant and the BJP bigwigs want to have a buffer of extra MLAs and thus the move to rope in two GFP MLAs has gained momentum. The move is also aimed at silencing the attack against the government in the Assembly by the Opposition that is mainly orchestrated by Vijai Sardesai, Rohan Khaunte, Digambar Kamat and Aleixo Reginaldo Lourenco. Interestingly, the two GFP MLAs – Palyekar and Salgaonkar – have denied with conviction any move to join the saffron brigade. However, sources, privy to the discussions, have said the entry has been planned and the issue remaining is the assurance of a ticket.

If the deal is sealed, it would be a mockery of the people’s mandate as the BJP, which was just 13 in March 2017 elections will reach a figure of 29 MLAs, 16 more than original, while the Congress which was single largest party with 17 seats has been reduced to five. While it is a win-win situation for the BJP, one fails to understand what the two MLAs expect to gain with just 20 months left for the next Assembly elections in 2022. Sadly, the chaos is happening at a time when the Chief Minister and the BJP party chief should have been concentrating on COVID-19. The State has seen an unusual spike in cases with already two deaths. A political crisis during the pandemic will be unjust on the people of the State, who are slowly, but steadily, losing hope and trust on the politicians.