So, the casinos stay afloat in River Mandovi

On the day the State cabinet extended the stay of the offshore casino vessels in River Mandovi by another six months, the Corporation of the City of Panaji held its penultimate meeting of this term. 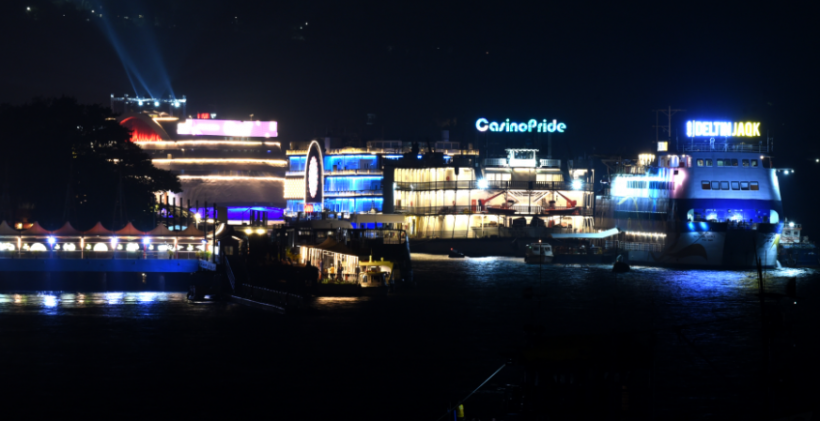 No, the casino matter was not discussed at the CCP meeting, but after that the Mayor was grilled by the media on the casino licences and their shifting. The Mayor, reiterated his demand to relocate the offshore casino vessels from River Mandovi, but said it can’t be done until it finalises the site for them. His rather telling comment was that it was the government that issued permission/licences to the casinos to operate and that CCP’s role was limited to issuing trade licences.

This comment is interesting as in July last year, Mayor Uday Madkaikar had kept on hold the applications for renewals of trade licences of three casinos stating that the Corporation will stand by its promise that the trade licences should not be renewed. CCP had been threatening this earlier, but this was the first step taken. The Corporation later renewed the trade licences and the casinos are operating after having shut down during the pandemic-induced lockdown and the later restrictions. Linked to this is the election promise made by Panjim MLA Atanasio (Babush) Monserrate who in 2019 had said he would shift the casinos within 100 days of being elected. He was elected but the promise was never realised.

In a turn of events, earlier this month the MLA went public with his understanding of the casino issue in the State capital, explaining that the main issue with casinos is related to traffic and parking woes faced by residents in Panjim. ‘The casino concern is more because of the traffic problem people are facing,’ the MLA said, alleging that it was the traffic police who were not extending co-operation of the issue. Congestion on the roads is a problem, but then the MLA went further to state that there are businesses in the city, small and big, that are earning because of the casinos, justifying the offshore casinos remaining anchored in River Mandovi.

For that matter the city corporation is also earning with the renewal of trade licences and collected Rs 58 lakh. Why threaten non-renewal of licences when the Corporation is well aware that it will not be able to act on this? It was always clear that CCP was merely flexing its muscles, but would never act on the threat. Regular as clockwork, the CCP renews the licences and every six months the cabinet extends the stay of the casino vessels in the River Mandovi. Even during the lockdown the cabinet accorded its permission to this. The government is clear, having said so in the past, that it can’t shut down the casino industry in the State. But what stops the shifting of the casino vessels?

Elections to the city corporation are due sometime next month. There will in all probability be more promises of shifting the offshore casino vessels from various panels. That is all the people of Panjim will probably get – promises of shifting the offshore casinos that will never materialise. Linked to the casinos are business interests that no government – State or local – will desire to interfere with, therefore protecting the casinos. If the government has not been bothered to shift the casinos to an alternative site earlier, will it do so in the next six months? It will come as no surprise when at the end of the six-month extension the government again grants the casinos another extension. As of now, the offshore are in the River Mandovi and they are unlikely to move out anytime soon.