Hardly surprising that Panjim has ranked 16th in the list of smart cities with a population of less than a million in the ease of living rankings released by the Centre. 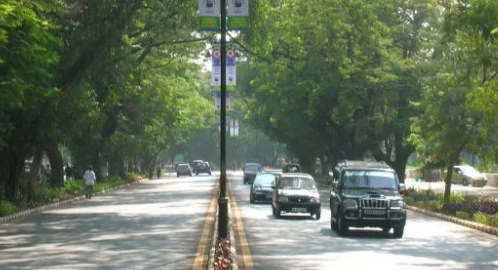 Overall its score is 54.44, that is just above the average that stood at 53.51, in a field of 62 cities. The team at the Imagine Panaji Smart City Development Ltd sees this as a positive as Panjim has improved its rank, but is there any visible difference on the ground? A few traffic signals is all what has been added to Panjim in the past few months, which indicates that nothing much has actually changed for the city.

The rankings come just as the residents of Panjim get ready to vote for a new council. It is pertinent therefore to ask what has the council and the special purpose vehicle that goes by the title of Imagine Panaji Smart City Development Ltd done for the city in the past five years? The latter has spent quite a bit of its funds in drawing up plans for the city. But the plans have remained on paper. If there are some issues that the residents of the city and its visitors want to be attended to, these include free flow of traffic without jams and a clean city. Neither has happened. Despite the local municipal corporation now starting to charge for parking on certain city streets, the bottlenecks still occur and parking is the same mess it was earlier.

Traffic management was one area that the Imagine Panaji team had taken up. In May 2018 the bidders for the project had put up a live demonstration of the services that they would offer so that the best could be selected, and Panjim had been promised that within six months it would have free WiFi, traffic and solid waste management, automatic challan for traffic violators, parking facilities. Almost three years later none of these promised deliverables have materialised. Keep aside free WiFi as that is of secondary importance, what has kept the other projects from being completed? Traffic and solid waste management are important issues that need to be attended to.

For that matter, the St Inez creek continues to decay in the same condition that it was in five years ago. Perhaps its waters have got even more polluted. Since there has been no testing of the waters undertaken, there is no way of confirming this. But even a look at the waters will clearly reveal that there is no limpid water flowing in the creek and emptying into the River Mandovi. There will now be promises made by the panels contesting the elections of saving the creek, as have been made in the past. What is the guarantee that these promises will be kept?

Moving on to another issue, Goa is three months away from the monsoon. Panjim gets flooded with just a couple of hours of rain. It is a recurring problem that has never been solved. Why can’t the council and the smart city corporation work smarter to make the life of the residents of Panjim easier? Drainages and storm water drains are a basic necessity in a city and should have been on the top of the list of the Smart City team. You don’t need expensive consultants to tell the team that this is a priority.

Panjim is one of the smaller cities with a manageable population and should have been standing somewhere much higher. But, given the past experience of mismanagement, is it any surprise that Panjim remains quite low in the rankings of smart cities? It may have improved its rank, but it definitely could have done better.