The State government has extended the ongoing curfew by another week with a few relaxations. 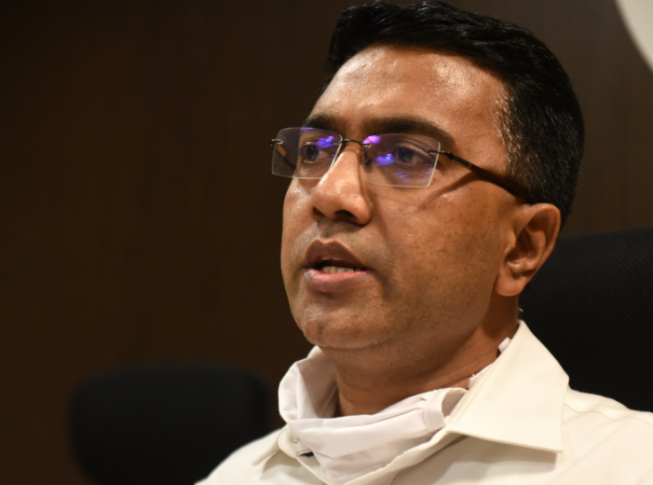 Shops selling essentials will be open till 3pm, and traders dealing with monsoon-related items and stationery shops will be allowed to keep their shutters open. With COVID-19 cases and deaths decreasing, there had apeared the likelihood that the government might have lifted the curfew or allowed a few more relaxations. Just a day earlier, citing an improved COVID-19 situation, the government has permitted re-opening of educational institutions from June 7 for office staff and will attend offices from June 7 and teaching staff from colleges from June 8, and teaching staff from Goa University from June 7. Simultaneously there had been demands and suggestions from among the politicians to extend the curfew. This is the third extension of the curfew that was initially imposed on May 9 to be in force up to May 24 but was extended till May 31 and again till June 7.

The restrictions and the curfew have managed to bring down the cases in the State that at one time had registered a spurt of over 4000 new infections on a single day and death at over 70 in a 24-hour period. On June 5, it had come down to 567 new cases and 17 deaths. It is, however, the test positivity rate which is still a matter of concern in the State. While in May this rate had shot up to 50 per cent and stayed between 40 per cent and 50 per cent for a long period, it has now dropped to 13 per cent as on June 5. This is still high as under World Health Organisations for restrictions to be lifted the test positivity rate should be below 5 per cent.

The extension of the curfew is an indication that the government appears to have finally taken the spread of the virus seriously. So, had the same government been this concerned and this strict in March and then early April when cases had begun to rise, would the situation have been different? Would there have been less cases and less deaths if the restrictions that are now in place had been imposed a month earlier?

Ports Minister Michael Lobo last week had stated that the curfew would remain in place until cases and deaths come to zero. He had gone on to state that while work is important, life is more important. In March this year, Lobo, when he had been asked why there were no curbs on tourists, had shot back that if SOPs for tourists were made stricter, who would come to Goa? His argument was that precautions had to be taken but you could not shut down businesses just because COVID-19 cases were on the rise. It was precisely this attitude of those in government that allowed tourism to continue in the State, and brought hordes of tourists to Goa, while cases kept rising.

The State government had totally misread the pandemic situation in March and April. Had the government been alert to the rising cases in Goa and in the neighbouring States and brought in restrictions at an earlier point of time, the situation could have been a lot different. The State waited until late April for a weekend lockdown and imposed the curfew only in the following month as cases showed no signs of slowing down. What has effectively been down now is having the State enter an unlock mode as was done last year in the country where it lifts the restrictions in phases. May this be a lesson learnt for the government to act fast should a third wave of the pandemic hit the State.