Stay alert should be Goa’s mantra

Goa managed to stave off a spurt in Coronavirus cases after the New Year Eve celebrations that were expected to bring a rash of cases, with even the Health Minister warning of an ‘uncontrollable’ situation that luckily didn’t occur. 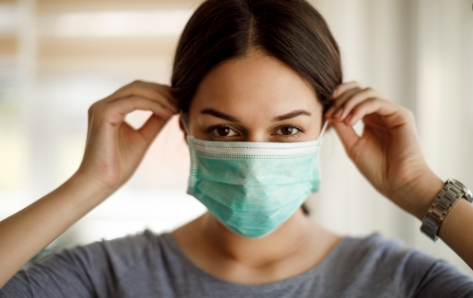 But as cases in neighbouring Maharashtra increase, Goa that has begun to analyse the trend, may have to get strict with implementing pandemic guidelines in the State. As daily new cases dropped to double digits in Goa, there has been a relatively relaxed atmosphere that could lead to spread of the virus if precautions are not followed and if the virus is again active in the State as it was earlier.

Goa has relaxed as cases were down and even beds at COVID designated hospitals were freely available. The decrease in the cases has the government considering decommissioning Goa Medical College as a COVID hospital so that this tertiary facility is free for other patients, and continuing COVID treatment at the South Goa district hospital. While for the current period the cases are down, Goa has a much higher per million cases ratio than the rest of India. It, however, cannot ignore the fact that it is adding cases daily, so precautions have to be continued with until the new cases come down to a very negligible figure.

The renewed threat of the virus increases comes as the number of cases in the country have shown an upward trend after having declined considerably the past few weeks. On Saturday, the coronavirus new cases rose by 13,993, and on a daily basis the rise is slightly higher. Certain States are showing a rise in cases, leading as in Maharashtra, to local governing bodies imposing weekend lockdowns to break the chain of infection. Simultaneously, Punjab and Madhya Pradesh have seen a sudden spurt in cases in the last two days. Goa has not recorded a rise in daily cases, but the State has to nevertheless remain vigilant.

If one goes by the earlier trend witnessed last year, when Europe was caught in the first wave India was still adding just a few cases to its total which was at that time considerably low. The India situation got aggravated just as the first COVID-19 wave in Europe began to taper down. The second wave that hit Europe came as the virus in India was weakening. The European second wave, following lockdown measures is slowly now beginning to subside, and India that had seen a very sharp fall in its daily caseload earlier this month has just this past week again seen a rise, though still negligible.

India still remains the second-most-affected country globally, after USA, and ranks 16th among worst-hit nations by active cases. The administration of the vaccine has already begun in India and over a crore doses have been received by beneficiaries. What could help India is that it commenced the vaccine administration before there can be a second wave, while other countries were already under the second wave when the vaccines arrived. This perhaps can give India some respite from a possible harsh second wave.

The next few weeks are going to be crucial for the State and it has to check the trend in the neighbouring States so as to protect itself. With constant traffic between States, Goa cannot expect to be isolated if there is a second wave of the virus in the country and all precautions have to be taken. Goa added 3018 cases in December and 2375 in January to it total. As per the current February trend it will be even less this month. Goa is relatively safe, but it cannot be complacent. It has to be alert to what is happening across the border to face any new challenge.