Taxi issue must be solved in everyone’s interest 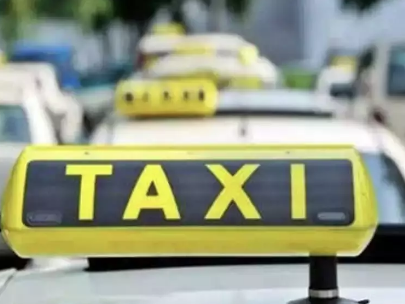 Strangely, Lobo who does not hold the relevant portfolio suggests that the issue be handled by the Transport Department without the interference of the Tourism Department as ‘only then the issue will go smoothly’. He states that the issue is of the Transport Department but the notification is issued by Tourism Department ‘and that’s the main problem’. As a minister, Lobo can make these suggestions at the cabinet level and need not go public with them. This, however, is not the first time that he has done so. He is obviously posturing to gain popularity with the taxi operators lobby that makes up quite a sizeable vote bank in his Calangute constituency that is a popular holiday destination in Goa.

Lobo’s comments comment came on the same day that Transport Minister Mauvin Godinho stated that he would be meeting with the taxi operators and seeking their views on the way forward. The issue is that the taxi operators have been demanding the scrapping of the existing GoaMiles app-based taxi service and have threatened that they would come onto the streets with the families if this their main demand is not met. This is neither a new demand nor a new threat, but one that has been reiterated quite often. Last week the taxi operators had even marched through the streets of the State capital demanding the cancellation of the licence of the app-based aggregator.

In their demands the local taxi operators have the sympathy of Lobo and also of Godinho, who referred to the taxi operators as ‘our Goan brothers’ and said that the issue would be settled keeping in mind the interest of all. It is important that the issue be settled. Ever so often the taxi operators come onto the streets with this same demand, and there has even been a long debate in the Assembly on this issue, where the House was in favour of continuing with the app-based service. The competition between the taxi operators and the app-based operators did result in skirmishes, with a few unsavoury incidents in the past weeks and complaints of assaults filed. This is neither required, nor does it help tourism in the State. It therefore has to stop.

But when doing so, the government must keep in mind that there are local people who also want to avail of the taxi service and are willing to do so if they are able to pay a reasonable rate for the service. For them, an app-based service that does not charge a return fare is an excellent option and the government has to offer this choice to the people. Simultaneously, the government must make in mandatory for the taxi operators to follow the rules under which they are given licences, the prime being that the vehicles have to be parked at the residences and not in public parking places. Will the taxi operators be willing to follow this rule and the others?