The army sweeps to victory but the general has lost 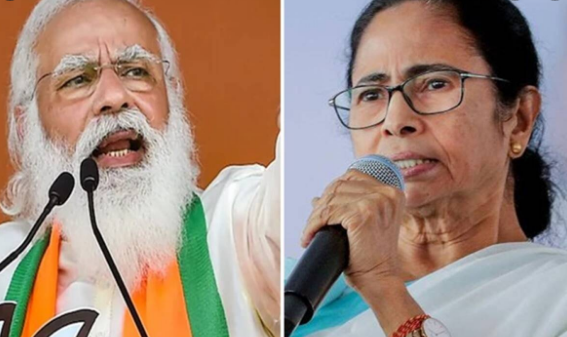 As India bled under a deadly second wave of the COVID pandemic, the Assembly elections results of four States and one Union Rerritory - West Bengal, Assam, Tamil Nadu, Kerala and Puducherry - were announced. The Bharatiya Janata Party (BJP) which was expecting to win West Bengal received a shocker when Trinamul Congress’s Mamata Banerjee scored a hat trick of sorts by winning the State elections three times in a row. the State of Assam and UT of Puducherry went in favour of BJP while as expected Kerala went to the Left Democratic Front (LDF) and Tamil Nadu went for Dravida Munnetra Kazhagam (DMK). it was the high tension campaign in West Bengal that drew the most attention in the media.

Mamata Banerjee in her public address on Sunday evening said, “'Khela hobe' (Game on) did happen, and we did win. The BJP kept going on and on about double-engine sarkar, while I assured you all that I will score a double century. This is Bangla's win, this is your win. This win has saved Bengal, it has saved the culture and tradition of Bengal.”

BJP candidate Suvendu Adhikari and one time protégé of Trinamul chief Mamata Banerjee while contesting against Chief Minister Banerjee in Nandigram clinched a victory in the seat by a margin of 1,736 votes. It was a cliff-hanger and a yo-yo counting affair with scope of rumour mongering on the result. However, Suvendu was declared the winner from his home turf and bastion after a number of flip-flops, with reports earlier claiming that Banerjee has won. The chief minister, while addressing the press, said she accepts whatever the verdict has emerged from Nandigram for now. But she would move the court as “some manipulation was done”, Banerjee alleged. The army has won but the general has lost.

PM Narendra Modi congratulated Mamata on Trinamul Congress’s over 200 seat victory and said BJP will keep serving the people of Bengal “Congratulations to Mamata Didi for @AITCofficial's win in West Bengal. The Centre will continue to extend all possible support to the West Bengal government to fulfil people’s aspirations and also to overcome the COVID-19 pandemic,” PM Modi tweeted.

This election in West Bengal has offered many takeaways. BJP gained heavily from last election's three seats but is not in number to form the government. The Left parties which were in power barely a decade ago, are no more left in the State. Congress too has been wiped out. BJP in fact expected Left and Congress to win some seats which could have pulled the Trinamul Congress numbers, which never happened. Even as BJP continued to lose ground in West Bengal, party leader Kailash Vijayvargiya claimed that Congress and CPI(M) surrendered to Trinamul Congress to cut down the lead his party acquired in the first four rounds of polling. Vijayvargiya, who led BJP's campaign from the front, also accounted BJP's probable loss in the state to low turnout of middle-class voters.

In Tamil Nadu, the opposition DMK has made a comeback while in Kerala the ruling Communist Party of India(M)-led Left Democratic Front (LDF) has retained power in the state. The LDF victory for the first time in the history of any coalition will form its government for the second consecutive time in over four decades in Kerala.

In Assam, the BJP has retained power by defeating its nearest rival Congress, while in Puducherry the BJP-led National Democratic Alliance has made inroads. The poll results in the four states and the Union Territory are also likely to reflect how the handling of the COVID pandemic has played on the voters' mind.

In a surprise move poll strategist Prashant Kishor on Sunday announced on a private media channel that he is “quitting this space” and will not strategise for parties any more. Kishor's remarks have come in wake of the Bengal assembly election results where ruling TMC-led by Mamata Banerjee retained power with a thumping majority. Prashant Kishor also targeted the Election Commission alleging it has been working like an extension of the BJP.

Indeed, despite making good progress in West Bengal, BJP is amongst the most disappointed of political parties. Political pundits have already started expecting that the BJP will now move its attention on the Maharashtra government soon. In the recent past BJP did try on several occasion to upset the apple cart but so far has not succeeded