The second International Film Festival of India (IFFI) in a calendar year got off to a start in the midst of a pandemic that is showing signs of a decline. 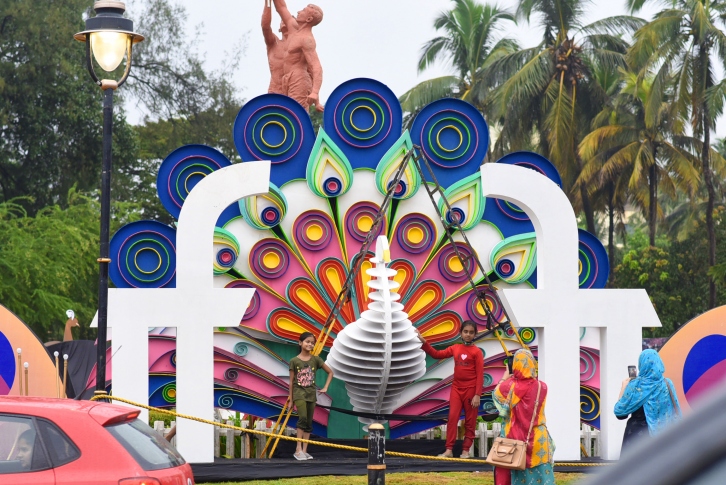 This is the second festival this year, as the 2020 edition had been postponed by a couple of months due to the pandemic and was held in January 2021. For the second time, the one major industry interaction, perhaps the most serious aspect of the festival – the Film Bazaar – will happen only online. The festival happening in hybrid format of online and offline, therefore, takes on the aspect of a picnic rather than any serious business convention. With the budget set aside by the State government for the IFFI that amounting to over Rs 10 crore annually, is Goa getting any benefits – financial or otherwise – from this?

After the novelty of the film festival washed off and the crowds that came to Panjim to gawk at the decorations on the streets, for the State the IFFI has turned into nothing other than a prestigious event, whereby it goes out of its way to host it, but receives zero benefits. Sponsorship that has been obtained for the festival has never come close to recovering the expenses on hosting the festival. Goa has never earned from the festival. The festival has also not turned around tourism in Goa, though the State has given the festival an edge in marketing and branding.

Pandemic or not, the film festival has begun to draw delegates, that is one aspect that the organisers can be assured of, and Goa as the host State plays an important role in making the festival a success on account of delegate registration and footfalls. Even without the festival, there are thousands of tourists in the State currently, and in the post pandemic restriction period, Goa has turned into a major draw for tourists in the country. Though, delegate registration is lower than in previous years, that there are film enthusiasts willing to risk the pandemic and mingle with other film buffs, indicates the seriousness with which they take the festival and the lure that is Goa.

Even a quick analysis of the past festivals will show that the gains of IFFI are nowhere near what was envisaged when the festival was brought to Goa. The State too did not keep to its commitments in the form of a convention centre that would host the festival. It is only now, 16 years later that the State has taken a firm step towards construction such a facility. Even the local film industry – if it can be so termed – has not seen the shine of the silver screen rub on it. Almost every year, Konkani films get screened after there are demands that they be shown. It’s almost like a set piece that plays out annually. As another IFFI starts, Goa has gained little, whether economically, culturally or even in the movie world.

Like it achieved in January this year, hosting the festival will send out a strong signal that Goa is emerging from the pandemic. This could be a good marketing strategy for the State’s tourism industry, if it can take this as an achievement. When it is not able to get the best out of an international film festival, the least the State can do is attempt to make it work for it in the tourism scene. The State has to leverage the fact that it hosts a major international event to turn more travellers towards it. This is a glamorous event, and unless the State decks itself with some glamour, IFFI will always remain just another event and not the festival that can scale up the destination.