Will the blue bird continue to tweet in India? 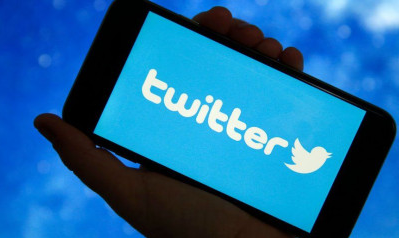 On this micro-blogging Twitter platform, everyone is a reporter and there is no one to check and verify the content. Twitter, which is now taking on several sovereign governments across the world has a big tool and that is the “blue tick” a mark of verification. The recent movement on social media, especially Twitter, has upset the Union government especially after the brief de-verification (removal of blue tick) from the handle of Vice President Venkaiah Naidu and some senior Rashtriya Swayamsewak Sangh (RSS) leaders. The premise of de-verification was that he had not been logged into the platform for last six months.

Peeved with this “arbitrary” action of Twitter and amid an escalating standoff with the platform, the Union government has served one last notice to Twitter to immediately comply with the rules, failing which the exemption from liability available under Section 79 of the IT Act, 2000 shall stand withdrawn and Twitter shall be liable for consequences as per the IT Act and other penal laws of India. Described as "outrageous" by government sources, it signalled a further deterioration of ties between Prime Minister Modi's administration and Twitter who have clashed over a range of issues including the latter's stand on the new rules for social platforms and the discrediting of certain BJP leaders' tweets.

The government's threat about revoking Twitter's indemnity under Section 79 of the IT Act means that the platform could be held responsible for content posted by users. The issue here lies is that if everyone on Twitter is a reporter then who is the editor? Presently Twitter and other social media platforms, as intermediaries, enjoy the protection that holds users responsible for posts deemed illegal. But are the users responsible enough? One has seen how the troll army works on this platform and to what extent the abusive language is being used just to douse the spirit of the content creator and demoralise them thoroughly.

Recently, Twitter labeled BJP’s national spokesperson Sambit Patra’s tweet as ‘manipulated media’ following which the Delhi police carried out a search operation at the Twitter office for the alleged Covid-19 ‘toolkit’ and sought clarifications from it. The BJP had accused the Congress of creating a ‘toolkit’ to tarnish Prime Minister Narendra Modi’s image and that of the country by calling a new strain of coronavirus as ‘India strain’ or ‘Modi strain, to which the Congress has vehemently denied. A Delhi police official had told the media that it appeared Twitter had some information relevant to the inquiry that was not known to the police. “The police team went to Twitter offices in Delhi to serve a notice,” the police official said.

Meanwhile, Twitter claimed that it uses a mix of technology and human expertise to label content. Twitter had introduced the manipulated media tag on March 5 last year to label tweets that contain edited videos to more sophisticated examples known as “deepfakes”. Repeated violation of the norms set down by social media platforms have even led to a permanent ban on many prominent personalities, including former US president Donald Trump, known for his outrageous claims.

If one can recall, Twitter had suspended US President Donald Trump’s two accounts —@realDonaldTrump and the official handle of the President of the United States @POTUS, during the US election campaigns. However, it is not clear if the tweets were tagged as manipulated media as was done in many cases in India. Twitter argued that the accounts were suspended since the posts were in violation of its policy against the glorification of violence.

Twitter has been battling with the Indian government since February this year after the Information and Technology ministry asked it to block content alleging PM Modi's administration was trying to silence criticism related to farmer protests in the country.

Following that showdown, the Union government announced new rules that aim to make social media firms more accountable to legal requests for swift removal of posts and require the appointment of an Indian grievance officer to deal with complaints.

What India wants from Twitter is to comply with the new rules and appoint India dedicated employees who can be held accountable for any violation of Indian laws and so far since February this year the micro-blogging site has been dilly dallying. “We welcome you (Twitter) in India to do business but you will have to follow the norms and the laws of India,” the Union IT Minister Ravi Shankar Prasad has said this clearly to media on several occasions. The battle is on and with the stakes so high, the question is, who will blink first, Indian government or Twitter.