Effort now should be to keep infections down 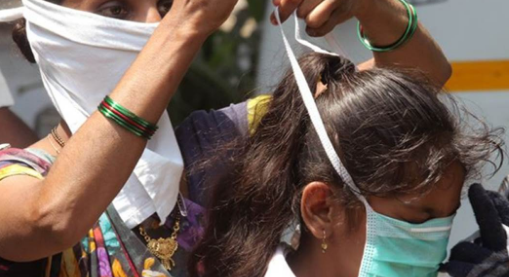 With the festive season coming up, it becomes absolutely imperative to be extra cautious in following the COVID-19 guidelines. That was also the message that Prime Minister Narendra Modi sent out when he addressed the Nation on October 20 evening. He was clear that people should not be reckless or careless with the many festivals that are coming in the days ahead as though the lockdown has been lifted, the coronavirus is still lurking around. The  Prime Minister also pointed out that the economy is slowly recovering, that the markets are reviving with the festivals ahead and that the COVID-19 recovery rate is better.

For Goa, further caution at this point of time is extremely important. After a continuous rise in cases, the State has seen a drop with 285 new cases on October 20, and 159 cases the day before and 187 cases the previous day. The number has been significantly less than the 500 plus and even 700 plus spike of new cases a day that Goa had seen in the previous weeks. Importantly, Goa saw an increase in cases after Ganesh Chaturthi, with Chief Minister himself admitting that there was a rise after the festival. There had been the first signs of a flattening of the COVID curve in Goa before the end of August that rose again towards the end of August and early September and was then on a high again, until recent days when the numbers have shown a drop.

The new daily rise is now a manageable figure. There are beds available in the COVID care centres and the pressure on the medical staff has lessened. There are gains now made that cannot be allowed to be frittered away. The imediate task for Goa is to bring the number of daily new cases to double digits and then further to single digits, which is when the flattening of the curve will be very visible. The last time the State had seen a daily rise in double digits was on July 12 when the number of additional cases was 85. It is over three and a half months since daily new COVID-19 cases are being added by triple figures in the State. Goa has to come to that figure quickly.

Across India the new infections are steadily decreasing, Goa is only following that trend. This decrease, however, could lead to complacency and ignoring the guidelines for protection against the virus. Goa can’t afford this, as it already has the worst statistics of COVID-19 per million cases in the country. Once it brings down the numbers, it has to keep the virus from spreading. Further contagion could lead to a major peaking of the infection. More than 2.5 per cent of the population has already been found positive, which is higher than any other State in the country, which makes Goa the worst affected State, but this passes unnoticed due to the smaller population.

The next few weeks will be crucial for the State as festivals follow each other. Goa has got the experience of going from a Green Zone to a Red Zone and then seeing a drop in infections only to see the rise again. With the relaxations of the unlocks, social gatherings have already begun. Herein lies the danger of the infection spreading and this is what the Prime Minister has cautioned. The Bengal Cultural Association in Goa has decided to cancel the Durga Puja celebrations setting an example for the others to follow. The Corporation of the City of Panaji has already cancelled the Narkasur competition that is held on the eve of Diwali. But there are festivals and feasts till the end of the year and this will also be the period when the largest number of tourists descend upon Goa.