FOCUS ON PANDEMIC, THAT’S WHAT GOVT SHOULD BE DOING 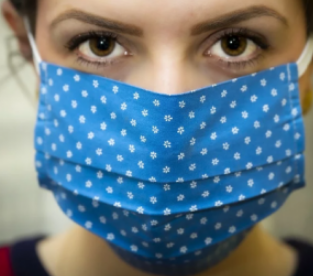 With an opposition that is proving itself to be the most ineffective ever that Goa has had, there is thankfully the Governor who has been taking a strong stand and speaking his mind clearly, even if it means that his statements may displease the government. The latest is the letter that he has written to the government asking it to defer the proposal to construct a new Raj Bhavan in the State until such time when there is an improvement in the State’s financial conditions. The Governor, Satya Pal Malik, called the proposal ‘irrational and imprudent’as it comes at a time when ‘the State is battling COVID-19 and reeling under a financial crisis’. Most people did think so too when they heard that the government was planning a new Raj Bhavan.

It was astounding to learn that in the midst of the pandemic, a massive drop in revenue, unemployment issues, the government had actually given thought to constructing a new structure for the Governor’s office cum residence and also for some other projects that were of no urgency. The rationale behind this sudden announcement was baffling, as the government, because of the pandemic had earlier imposed certain austerity measures upon itself that besides banning fresh recruitment, foreign and domestic tours until December, had also decided to defer sanction of capital expenditures except those that are partly or fully funded by the Central government and to put off project-specific borrowing for all government departments, autonomous bodies, State-owned public sector undertakings (PSU) and local bodies till December. Wouldn’t the construction of a new Raj Bhavan come under the head of capital expenditure?

What is interesting in the statement by the Governor is that he mentions that his requirement for functioning as Governor is very limited and he does not require any new Raj Bhavan building per se. The government now has to not just defer the plan, but actually reconsider whether Goa requires a new Raj Bhavan which, even at the best of times, will be a financial burden for the State.

We do admit that the construction of a new Raj Bhavan would not begin immediately and even land has not been identified, but even considering the proposal should have been put off as there are more serious issues that the government needs to devote its time and energy to at the current time. The government has to prioritise its plans for the State, and containing the spread of the virus has to top that list. Right now there is no other issue that is of greater importance. Luckily for Goa,the State has a Governor who is proactive and will keep tabs on the government, doing the task that the opposition has consistently failed to do. The opposition may be hailing the Goa Governor’s decision now, but what exactly did they do to stop it from happening, besides making statements to the media?

For the government it does not bode well when it is pulled up by the Governor of the State, or has its decisions questioned. Governments of States ruled by the opposition have often had a testing relationship with the Governor. Currently this is visible in Delhi and West Bengal. In the case of Goa, the Governor has been appointed by the Bharatiya Janata Party which also has a government in the State. It was expected that there would be very smooth functioning between the two. Since this is not happening, it clearly reflects on the performance of the government and is an indication that the current dispensation needs to put in more efforts and get its act together to meet the expectations of the people and the Governor.