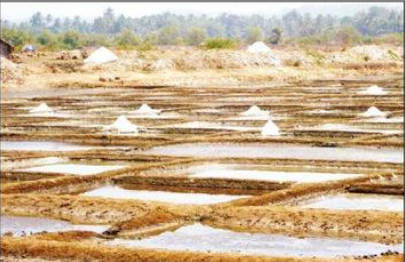 The coastal environmental laws were first ratified in 1991, then again in 2011, with the express objective to conserve and protect coastal stretches, its unique environment and its marine area, taking into account the dangers of natural hazards and sea level rise due to global warming. However, since its inception, multiple amendments with relaxations were issued over the last 20 years, thereby diluting the very essence of CRZ regulations. The latest dated May 1, 2020 is probably yet another nail in the coffin. With this, the CRZ regulations have lost the ecological sanctity that it was meant to uphold.

The new alteration of CRZ laws only concerns river side spaces. Under CRZ 2011, two additional new clauses are applicable to Goa. (a) In paragraph 2, the inserted clause states: “Provided that in case there exists a bund or a sluice gate constructed in the past, prior to the date of notification issued vide S.O. 114(E) dated 19th February, 1991, the HTL shall be restricted up to the line long along the bund or the sluice gate”; (b) Under paragraph 8.V relating to Areas requiring special consideration, in clause 3, for sub-clause (iv), now says: “(iv) the eco sensitive low lying areas which are influenced by tidal action known as khazan lands shall be mapped”. It further states: “the area under mangroves arising due to saline water ingress beyond the bund or sluice gate shall be classified as CRZ-IA irrespective of the extent of the area beyond the bund or sluice gate. Such areas under mangroves shall be protected and shall not be diverted for any developmental activities”.

Note that several pertinent issues have been flouted and hence the document does not stand scrutiny: (1) The term “sluice gate” does not feature in 1991 and 2011 CRZ laws; using a localised structure to create a new amendment is rather bizarre. (2) The purpose of this amendment is devoid of reasoning or justification; in particular, it appears like an absurd idea that lacks scientific validity. (3) Special ecological importance bestowed on khazans in CRZ 2011 as sensitive ecosystems of Goa is completely diluted; (4) The condition of sluice gates needs to be checked; presently, some are functional, several are in disrepair and abandoned, and many have crumbled in totality. An inventory of sluice gates of Goa was prepared by Nandkumar Kamat; this document ought to be consulted. (5) Saline water ingress into the khazans can be a natural phenomenon; but it is mostly man made as these dykes are breached deliberately so as to allow saline water into the fields for pisciculture. (6) Large areas of paddy fields are now occupied by mangroves known as adaptable colonisers on available mud flats. Such a man-induced natural process reflects a complete mismanagement of khazans. (7) New mangrove areas now sought to be protected are in fact former paddy fields; allowing mangrove growth at wrong sites (fields) means large cultivable areas would be sacrificed, and lost forever. (8) A scheme for restoration and conservation of khazans, bundhs and sluice gates would be welcome; the amendment is silent on the need to tackle such crucial issues. (9) Expert bodies as the GCZMA and GSBB have failed to intervene or provide guidance; professional expert members apparently remained stoically silent.

As an example, consider the vast stretches of lowlands from Quelossim, Rassaim, Borim, Ambora, Camorlim, Raia, Rachol, Curtorim, Macazana, an extensive wetland with a length of about 26 km, and maximum width of 1.6 km. Innumerable sluice gates are located along the river banks, and also along the creeks and backwaters further inland, at various distances from the river.

Here, location specific attention is needed: (a) At Quelossim, a sluice is found at the end of a creek 1.4 km from the river, and two more within the adjacent lagoon system; (b) At Rassaim, two sluice gates are seen at 240 m and 400m from the river; (c) At Borim, two structures are found along the river bank; (d) At Ilha de Rachol, a functional sluice gate is located along the river, and many more within the khazans, the farthest one being at Tembim in Raia, at 1.6 km from the river; (e) The Curtorim – Macazana stretch has multiple sluice gates interlinking lagoons, with a prominent one opposite the church at Curtorim. Commenting on all these is beyond the scope of this article. To sum for entire Goa, (i) Sluice gates are located not only along river bundhs as stated in the new amendment, but also within lagoons, and far as 1.6 km in the interior; (ii) It is not known how many of these are maintained, or if they need repairs; (iii) Ground truth validation will be needed to verify their status; (iv) Fresh mapping is bound to be a complicated exercise. More importantly, considering a series of lock gates along the same creek complex, where will the CRZ/HTL stop?

The amendment has conveniently disregarded a crucial component of CZMP, the hazard line, not yet made public. Saline wetlands of Goa, some below sea level, are highly vulnerable to regular flooding and over-wash due to tides, the impending sea level rise, and also annual submergence by excess rain water. Potential natural hazards predominantly along lowlands are the primary reasons why the hazard line came about. Interestingly, CRZ 2011 and CRZ 2019, under Annexure III(b), reiterate that the proposed constructions shall be placed beyond the hazard line or 100/200 metres from the HTL, whichever is more. Being defenceless, the entire khazan system of Goa falls within the hazard line, and hence out of bounds for any physical development. As such, the NDZ can extend more than 1 kilometre at places.  Therefore, the issue of sluice gates as the CRZ limit will be of no consequence whatsoever.