GAMES OF HOPE IN A WORLD OF GLOOM

The athletes marched into the stadium a year later than scheduled. 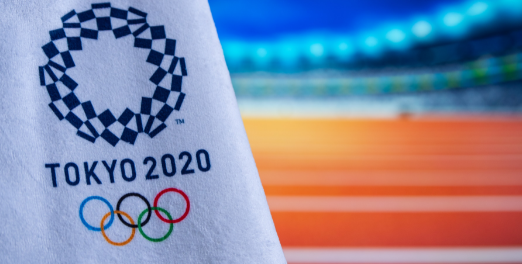 There was none of the cheering as the stands were empty of spectators kept away because of the COVID-19 pandemic, but Tokyo gave the Olympic Games 2020 a befitting start. The fireworks, the entertainment and the marching contingents in colourful uniforms, were all there and more importantly, and visibly prevalent was the spirit to shake off the gloom that descended upon all countries in the world in the form of the Corona virus pandemic. For the next two weeks, as nations battle the pandemic that shows few signs of abating totally, the 2020 Games will bring moments of cheer in a world that has been reeling under the depressing news of escalating COVID-19 cases and deaths resulting from this.

The spirit of the Games has been severely dampened. Athletes and officials will be participating under the shadow of the pandemic in front of empty stadiums, something that could never before have been associated with the Olympics. But the International Olympic Council wants the world to look at these as the games of hope, and have added the word together to the Olympic motto that now goes Faster, Higher, Stronger – Together, as it aims to bring a world where travel restrictions are in place to one host city.

Tokyo 2020 is a symbolic gathering of the world in one city and that’s what brings hope.

For Tokyo and the Japanese people hosting the Olympics during the pandemic brings along an element of risk as cases of COVID-19 during the event could disrupt the Games, giving it a super-spreader tag and putting the people of Tokyo at danger of infection. The precautions that can be taken are the same that the entire world is practising – wearing masks, physical distancing and testing. While that has to be avoided, there have already been athletes who have returned to their home countries as they have tested positive for the virus. The strategy therefore is to contain the spread, as avoiding infection will just not be possible.

The economics of these Games are in question. Tokyo will not earn from them. The financial balance sheet at the end of the event will not show a profit. But perhaps the world that has been engulfed by the pandemic will benefit as it regains a measure of normality that has been missing for the past over 18 months. IOC president Thomas Bach has rightly put it when he says that the Games are a ‘recipe for overcoming a crisis and addressing a crisis, and after the Games, that message of hope will translate into a message of confidence’. If the Olympics do bring back that confidence, which is most required today, they can be termed a success.

What does Tokyo hold for India? Going by history hopes cannot be kept too high. India total haul of medals in all the Olympics it has participated in is 28. Five years ago at Rio de Janeiro it won just two and four years prior to that in London it had managed six, its biggest haul ever. It’s last gold medal was in 2008 at Beijing in shooting. It’s last hockey medal was gold in 1980 at Moscow in a Games that had been boycotted by many nations. But there are hopes this year. As per reports, Gracenote, a US-based analytics company has projected that India can win 19 medals at Tokyo. A more realistic expectation would be winning some medals.

And so, it is time to watch the Games and forget about the pandemic for at least a short while, but still maintain all the COVID appropriate behaviour.