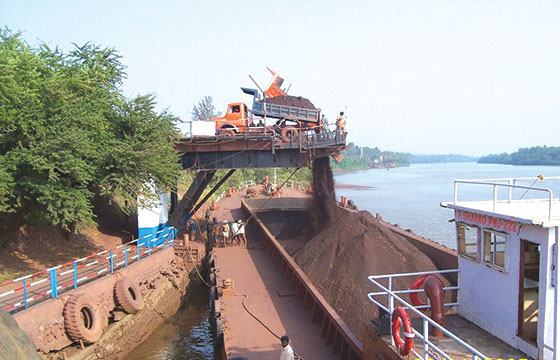 Goa is in the midst of one of those periods in history that in the future will be dissected for what the government of the day did right and what it did wrong. It is facing one of its toughest times, as it struggles to find that balance between safeguarding the people’s health affected by the COVID-19 pandemic and the economy that is being further battered by the same pandemic. Whichever way it turns there are going to be repercussions. Maintaining the balance between health and economy is going to be a tightrope walk for the government that will require skill of a completely different level and a slight distraction could lead to either one of them plunging. To understand this better, one needs only to look at the data that is available and analyse it further to see how dreadful this pandemic is turning out to be.

The State has a population of approximately 15 lakh or 1.5 million, spread over an area of 3704 sq km. When one looks at the rising number of COVID-19 patients one has to wonder just how bad the pandemic is in Goa. Are we in Goa doing better than the rest of India or are we doing worse? In real numbers the figure of 3304 positive cases (as on Friday night) pales in insignifcance when placed against the all-India figure of over 10,03,832 cases (Friday night). Yet, when the COVID-19 spread is calculated per million of population, as is being done across the world, the numbers tell an entirely different story, as here you find that Goa’s rate is far higher than the all India rate of infection.

Against this background, is Goa doing well in containing the COVID-19 spread in the State? Infections are increasing by around 200 a day, and the time to get to the next thousand mark is shortening. After the first cases recorded on March 26, Goa had seven COVID-19 positive cases upto early March and that number stayed so till mid-May when the borders were opened and travellers entered the State. The numbers rose after that and Goa hit the 1000 mark on June 26, exactly three months after the first case was recorded. To touch the next thousand it took the State just 12 days, when on July 8 the number of positive cases stood at 2039. The time to reach the next thousand was further shortened to eight days when on July 16 Goa touched 3108 cases.

A day before this fugure of 3000 was crossed, Goa announced the three-day lockdown, which coincided with the weekend, in an effort to break the chain of transmission. But, the State also has its eye on the economy and allowed industry to remain open on these three days. One possible reason for this is that the State’s economy has been hit hard by the lockdown. Revenue collection in the first quarter of the financial year declined sharply, forcing the State to turn to borrowing Rs 900 cr. While the national revenue deficit average (GST, VAT collection) amounted to 59 per cent, the State’s deficit stood at 74 per cent. This shortfall has been attributed to tourism that has been firmly shut for all three months of the first quarter. It, therefore, came as no surprise that the government opened hotels early this month. But there was no plan to market the State to tourists leading to few footfalls in the little over a fortnight since hotels re-opened in Goa.

But, it is not just the tourism shortfall that will affect Goa. The State’s economy and finances are staring at a long period instability, and it will require some long term economic vision to change the situation. The government has announced some austerity measures, but these won’t help the economy much unless there is revenue generation. Consider this: It has been reported that projections by India Ratings and Research reveal that Goa is most likely to witness the steepest contraction in the economy in 2020-21. According to the agency, the Gross State Domestic Product (GSDP) of all States will contract in the financial year 2020-21 and this contraction will be in the range of 1.4 to 14.3 per cent. Goa, as per the agency’s projections could witness a negative growth of 14.3 per cent, which is the highest in the country. What this will mean for the economy and for personal finances is major losses.

Keeping industry open during the three-day lockdown was a demand of the local industrialists who feared a further downslide if factories had to be kept shut. The government on its part showed that it has the economy in mind, by exempting industry and industrial activity from the lockdown. Industry has been badly hit by the earlier lockdowns and the experience of those weeks that led to economic losses, hardships due to abrupt stoppage of industry functioning and disruption in the working process line were still fresh. It pleaded for concessions and got some, but the State has to do a lot more to lift Goa from the economic downslide.

Safeguarding people’s health and their finances is what the government has to now concentrate upon with no other diversions, but with all that is currently occurring in the State, focusing on just this one issue without other distractions may just not be possible for the government. This is a tightrope walk that the government cannot win by itself and needs sound advice on handling the health and economic crises. Both are subjects that are not easy to understand for the common man. It is time to call in the experts.