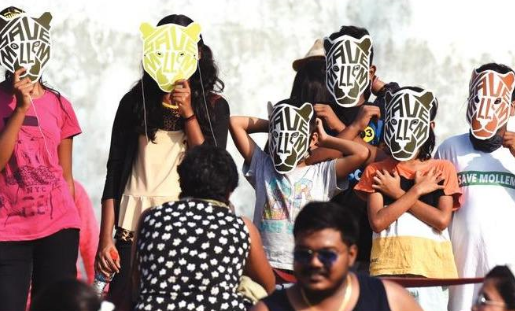 A day after the celebratory din of the Liberation Day, when the State’s plans for a year-long 60 years of Liberation programmes were unveiled, it is advisable to take a pause – perhaps even a long one – and reflect on the Goa that we so love. Goa is a land that is home to over 1.5 million people, a population that has tripled since 1961, when Goa was liberated from Portuguese rule. In these past six decades, as the State progressed rapidly, it also caught the eye of the world traveller to become a tourist destination renowned around the globe, while also drawing to its shores, the domestic tourist that have kept the economic fires burning. Yet, there is also something that holds back Goa from staking its rightful claim in India’s political, economic and social affairs.

Goa has had its moments in the National news, but often these have been for political upheavals and on the rare occasion for something that is worth celebrating. And, that’s how the State often gets to be heard of in the rest of the country. Today the land is again in some amount of turmoil. On a night and a day when we should have been thumping our chests in pride, a group of people held a night vigil along the railway tracks in Velsao, and in Mayem the residents protested claiming they are still not liberated, and in Panjim activists who gathered for a peaceful protest were detained and later released. Being a pacific people, the protests have always – with of course the rare exception – been peaceful, as has the current churning been not of the violent type. But, now and in the past, there have been people battling on the streets, by using words and other non-violent means, in attempts to safeguard the precious environment and the socio-cultural fabric of the State. When we look at how much Goa has changed in the past 59 years, it is not implausible to imagine that the assault on the forests, beaches and fields of Goa will have severe ramifications in the centuries to come.

We live today in a time where whatsoever the government proposes, it is immediately questioned – not necessarily deposed – by the people. This occurs because politics in Goa, over the past few years, has been defined by an abject lack of clarity, of ideology, of commitment and of concern for the people and their needs. All governments have perfected the art of hearing the people, but not necessarily listening to them. Take for instance the current issues that are troubling people – the three linear projects cutting through the forests of Mollem. The government did hear out the protestors, even sitting across the table from them, but as the results of the Zilla Panchayat elections came through, and the party in government gained a majority in both district bodies, the government decided that it would go ahead with at least for now, the power line project.

So, just how long will Goans continue their battles to preserve their land, their culture, their language, their identity? Goa is today engulfed by changes on all sides and on all aspects. The conflicting views on the identity, safeguarding Goa’s individuality in a global village and economy will continue, but to bring about the change that is required to safeguard Goa, it may require more than people’s movements, and could even demand a full-blown political movement. We have seen how tenuous is the grasp of the polity on issues that are of prime importance, and arbitrary pronouncements from the political stage can deal a fatal blow on Goan culture and identity. There can be no opposition to the fact that myopia in governance can and will have the severest of effects on future generations.

It is, therefore, becoming increasingly clear that Goa’s decision-making process requires a new vision that is built on intellectual input, rather than the past and current meddling and political compulsions that lead to faulty programmes and policies. It is always the enlightened – often a minority – on one side who raise issues. But, who even listens? When politicians throw ideology to the winds and change parties, depending on which way the wind is blowing, can there be a perfect 20/20 vision for a future? Goa has had governments that have stayed in power only till such time when those supporting it were in a position to share the spoils. Once they got overly greedy, there resulted another disturbance, more defections and a fresh political crisis ensued, leading to midnight deals and new governments. This is nothing to be proud of, but it also cannot be blinked away.

The State needs a political class that has the will and the desire to ensure that the path to development only sees the end picture of a Goa that retains its identity in the course of its journey and not a mirage that disappears every time you come closer. Nine years ago, when Goa was celebrating one of its biggest moments in recent history, that of the golden jubilee of the Liberation, the government had constituted a committee to formulate a development plan for Goa. That plan, a very detailed one, was presented to the government, but it has only remained on paper. We now have this other big moment of a diamond jubilee and this we will celebrate all year round. Can we do more than celebrate? We don’t need merely a plan now, we need to act on the plan. Perhaps even the Golden Jubilee plan could be resurrected, so that more time is not spent in devising policy.

There is no better time than the present to ensure that the Goa we know remains for future generations, who will one day celebrate the centenary of the Liberation. It will be an entirely new generation that will be holding centre stage at that time, and how will they respond to the Goa they inherit? There are concerns that are being raised as Goa enters the 60th year of its liberation, and these should be addressed in the best interests of the land and the people. Leaving them unattended could only make many a Goan feel a little more depressed in a year when many others will be celebrating.