OPPORTUNITY TO REVEAL GOA’S SECRETS ON THE NATIONAL STAGE 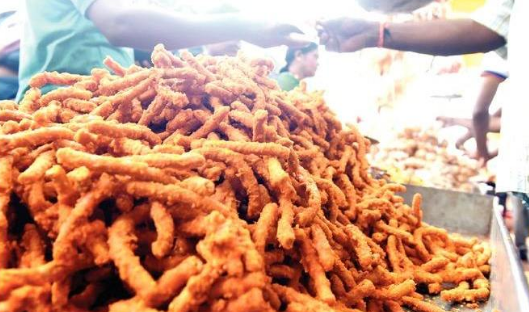 By now it has been ensured that the thoughts of the people are turning towards Liberation Day. Not only will Goa be launching the year-long celebrations for the 60th year of Liberation, but it will be President Ram Nath Kovind who this Saturday will be in Goa to inaugurate the festivities. While the State has invited bids and ideas for the celebrations and themes, there are some aspects of the land that are quintessentially Goan but that will perhaps get ignored, as the promoters vie to portray an image of Goa that is tinted to meet the approval of the touristic circuit.

One of the themes that Goa wants to promote during the year is ‘Make in Goa’ concept and the showcasing the traditions. Of course Goa may not have too many industries that produce in the State and export, except perhaps for the pharmaceutical industry, but one doesn’t need to spend too many hours pondering on what Goa makes to come up with ideas. One has to just look at the Goan products that have got Geographical Indication (GI) status to appreciate that the State has some very unique, unrivalled products that need to be promoted.

There are five Goan products today that have GI status, and four of these have got this recognition during the current calendar year. Goa celebrated in 2009 when cashew feni was accorded GI status. It was the first of the products to get this identification, and in 2016 the government took another step to initiate the process to get feni recognised as a heritage brew outside the State. But, from 2009 it then took another full decade before Goa got any other products listed for GI recognition, and in January this year it was the Khola chilli that got it, followed by the Moira banana in June, Harmal chilli in May and khaje also known as kaddio boddio in July this year. Catching on to the possibility of getting more products from the State in the GI list, the process is currently on to get it for cashew nuts, Bebinca, the Mancurad mango variety, khatkhatem, Taleigao brinjal and fish curry rice. If Goa is to be promoted across the country in its 60th year of Liberation, then perhaps it is these products that are truly Goan in nature that should be served up first.

This is not just because these products come under the GI category, there is also another reason for this. While cashew feni in the organised sector has the possibility of marketing itself within and outside the State, the other products that have got GI status need all the support they can get from the government to make it beyond the shores of Goa. Consider for a moment: can we expect the farmers of the Khola chilli, Harmal chilli and Moira banana to be able to reap any benefits of the Geographical Indication unless there is an effort and a boost by the State?

Take also for instance the khaje that is a staple at every fair in the State. After attaining the GI status, in July kaddio boddio broke out of the COVID-19 pandemic chains that had kept it captive to be sold for the first time in the Panjim Church Square on the occasion of the feast of the city’s patroness, Our Lady of the Immaculate Conception. The sweetmeat sold so fast that by the evening of the feast day the stalls had run out of it, and one enterprising seller procured more and late evening strollers in the fair got some of the freshest kaddio boddio they could have laid hands on. While the fair vendors may have had a smile on their faces that day, it has been a very difficult few months prior to this for them.

In the world of business, the stories of losses due to the pandemic lockdowns that led to economic slowdowns were focused on the organised business sector. It of course is easier to get data on these and put a numeric figure to the loss that the downturn in business brought about. In this, the unorganised sector is often overlooked, not because they are not facing the same effects of the pandemic but because the compilers of data may not be willing to take time to work out the losses. And that is why the travails of the makers of khaje remained unknown until, Herald spoke to them in Panjim.

For the makers of ‘kaddio boddio’, the season begins in November and ends in May, with a monsoon break. But this year was different. The season ended with the lockdown in March and so they missed a number of feasts and zatras, and then they were not permitted by the Old Goa panchayat to put up stalls for the feast of St Francis Xavier. They are uncertain about whether they will get permission for the Mapusa Bogdeshwar Temple zatra in January. With the feast of the St Francis Xavier commences the series of feasts and zatras where the khaje makers and sellers travel to across the State with their wares. For each of them, the sale for the entire season comes to, in a good season, Rs 2 lakh. They definitely need some help, and the 60th year of Goa’s Liberation may be just the time to give them the boost, and also the farmer of the Khola and Harmal cillies and the Moira bananas. These are all truly Goan products that cannot be found elsewhere.

The celebrations of the 60th year of Goa’s Liberation can have a very meaningful purpose if the Rs 100 cr, or a part of it that is earmarked for the celebratory functions, is utilised for a fruitful purpose, rather than mere programmes across the country. It is time to put the chilli farmer and the khaje maker first in the 60th year of Goa’s Liberation, in a theme that will truly have Goem and Goenkarponn at its core. What better celebration than this can there be for those who truly make Goa a very special place? This is a suggestion to ponder before unveiling the 60th Liberation Year theme and programmes.