THERE IS ALWAYS FIRE TO FACE WHEN ON THE FRONTLINE 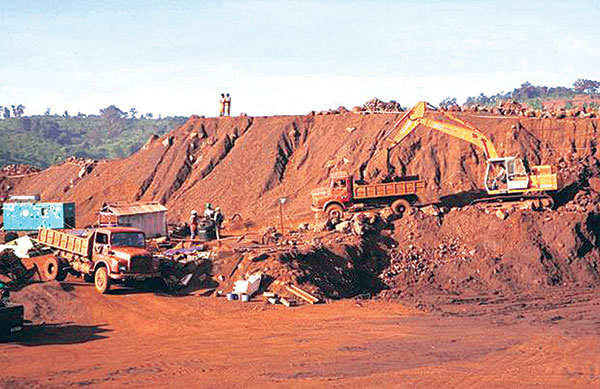 For the past three decades, Claude and Norma Alvares have fought battles in the courts across the country. The battles have not been their personal one, but they have been ours, and while we have lingered in the background – some of us interestedly and others desultorily following the progress of those court cases that lasted from months to year – they have been the frontline warriors who have stood in the courts and flashing the law books to the judges proved where the government had erred and got decisions of the State reversed, saving for us and for generations to come the forests, the beaches and the rivers of Goa. In these environmental battles Goa Foundation and the Alvares couple have crossed the paths of many who have bent the rule books and so there would always be more battles for them to fight.

But there is one battle that Claude Alvares does not appear to be wanting to fight himself. Last week, there was some mudslinging aimed at him, and while he remained silent over the onslaught, civil society organisations and others immediately did take up for Alvares, defending him and his work for Goa. For, if Alvares won’t defend himself, there will be others, hopefully many others, who have been witness to how Goa Foundation and the Alvares couple have stood as a bulwark agains the systematic attacks on the Goan environment and will take up for him. As Goencho Avaaz said, “We take this attack on Goa Foundation as an attack on all the people of Goa who have been demanding early resolution of the problem as per law, and therefore any attack on the Goa Foundation is an attack on the people.”

During the week the Goa Mining People’s Front (GMPF) unleashed a slew of allegations against Alvares. GMPF, which is an umbrella organisation of mining dependants, accused Alvares of working against the interests of the people of Goa, of being responsible for the closure of mining operations in the State and charged that Alvares has some vested interests. The GMPF went further to allege that iron ore exporting countries have captured the market that Goa’s low-grade ore used to sell to, and that these countries are funding NGOs in Goa to work against mining on environmental grounds, and went on to demand an investigation into Alvares’ sources of income.

Those were the charges and let’s look at them. When it is alleged that Alvares is working against the interests of the people of Goa, who are these people? A very cursory glance at what Goa Foundation and the Alvares couple have done over the past decades reveals that all their environmental battles have been won in court, with the law on their side as they exposed the legalities that others had indulged in. They have not won any of their battles by the use of force or by standing on the streets and protesting. All of the victories have come through logical arguments that have had a sound legal basis, that convinced the learned judges of the merits of the cases they took up. From Goa Foundation there was no rhetoric of the type that the mining dependents have been resorting to.

If mining operations have come to a halt, it is because there were illegalities galore in the sector. These have been exposed by the Justice Shah Commission in 2012 and eight years later, we are nowhere closer to recovering the losses that the State suffered due to the illegal mining that took place in the years prior to that. Alvares, through Goa Foundation, has taken up these issues of illegalities in mining and of the assault against the environment in the name of mining. Does getting the wrongs righted by legal process, amount to working against the people of Goa? You, the reader, be the judge of this.

A further contention of the GMPF is that while the State is making sincere efforts to resume mining, Alvares is posing a hindrance to these. We are well aware the mining has been at a standstill since 2018 after the Supreme Court struck down as illegal the second renewal of mining leases, in a petition filed by Goa Foundation. Does that make Alvares responsible for the stoppage of mining, or as now acting as a hindrance to the re-commencement of mining oprations? They were illegalities that Alvares got corrected, so quite clearly he was working within the ambit of the law. Would the Supreme Court have passed that decision rejecting the second renewals had the process been in order?

One has to also look at the timing of this attack. Just prior to these charges being made, Alvares had written to Prime Minister Narendra Modi demanding that mining leases in Goa be auctioned and had pointed out to the State government’s failure to recover Rs 3,431 crore from erring mining firms. It is a fact that those holding mining interests in Goa are not in favour of auctioning the mining leases. The reason for this is simple to understand, it is the belief that if the leases are auctioned new players will come in and the traditional mining families could lose their rights on the leases and their hold on the sector. On the other hand, if leases are renewed, the rights to exploit the ore remain with the same mining firms. But, and this is pertinent, in a renewal the State stands to lose revenue, while in an auction it could gain enormously.

The law today allows mining leases to be sold only by way of auction. Goa has had over two years to begin the process to auction the leases. Who stopped the State government from taking this step? So are there other interests that are working to stop the auction of leases?

As Goa Bachao Abhiyan said, in its defence of Alvares after the attack, “It is time for all sensible thinking people to come together and work a way around sustainable development, as it is clear that the old ways of rampant greed and destruction cannot be continued for the profit of a few families and businesses.” Claude Alvares has done, is doing and will continue to stand against the illegalities not just in the mining sector, but where the environment is concerned. Goa and Goans need to be discerning and support what is right.