UNEMPLOYMENT IS A CRISIS AND NEEDS TO BE TREATED AS SUCH 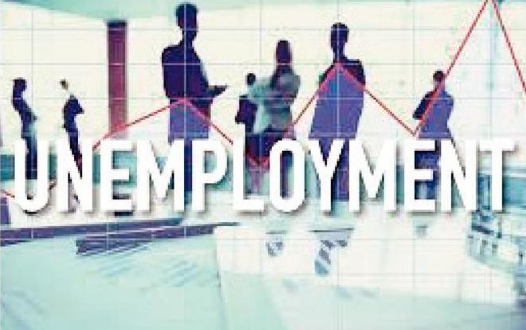 It quite turned out to be a week of admissions from the government that are rarely ever otherwise heard. Not only did the Chief Minister admit to a rise in crime, he also, a few days later, said that Goa’s unemployment rate is high and that there are about a lakh of youth registered with the employment exchange. Of these, he said that three quarters are unemployed and the rest are looking for better prospects. When the Chief Minister states this then it becomes a matter of concern. Unemployment is not new to Goa, but it is also not a statistic to be casually spoken about. It is a pressing issue, and what Goa needs is a solution to it.

It is true that the pandemic has led to a number of job losses in the State and the country. You can see it by the rising trend in unemployment rates. According to the latest figures released by the Centre for Monitoring Indian Economy (CMIE) on its website, Goa’s unemployment for September 2020 stands at 15.4 per cent. Interestingly, the reports for January to August show a changing trend in the unemployment rate for Goa that is worth studying. According to data on the CMIE website in January this year the unemployment rate in Goa was 8.89 per cent that fell to 2.81 per cent the following month only to scale up again to 5.25 per cent in March 2020. This was the month in which the pandemic struck and the first lockdown was announced. In April 2020, the unemployment rate had risen to 13.31, and then in May 2020 it struck a high of 21.25 per cent and fell to 9.96 per cent in June only to scale up again to 17.07 per cent in July and drop marginally to 16.21 per cent in August, before the September figure of 15.4 per cent. What we see is that the rate has been dropping in the past two months, since economic activity began to slowly rise again.

We are in a period of economic instability. There has been a contraction in the economy and unemployment is but a corollary of this. From these montly statistics available with the CMIE, it is clear that the pandemic has drastically increased the number of unemployed in the State. Herald has reported extensively on how in recent months people across the State who have become redundant have taken up farming, cooking and delivery of cooked food, and selling fish by the roadside. Unemployment in Goa is a major matter of concern and the State requires a recovery plan to emerge from this. No doubt that rate has been falling, but it will take a long time before the unemployment rate comes down to low single digits, even with strong inerventions of the government.

So what’s the solution? In the past the Chief Minister has clearly said that youth should not depend on the government for jobs but look at means of self employment. He said it again last week, also giving Goans the option of private employment over government jobs. He, however, also said that while it is said that Goans do not get jobs, the industry says that nobody is there to work. This is not a new argument, so why hasn’t Goa grown above this? It may be perfectly true that there are no Goans willing to work in industry, the simple reason being that Goans would rather work in the service sector than in the manufacturing sector. That being the case, Goa needs to promote the service industry over the manufacturing sector.

Let’s not talk of inviting industry to Goa without first having a thorough knowledge of how that industry will help in employment of Goans. This should not be difficult as the workforce abilities are dictated by the qualifications achieved by the youth and this is easily quantifiable by the educational courses that are available in the State. We know how many youth graduate every year and in which streams. So, shouldn’t the industrial policy for Goa be directly related to the educational policy and system in the State?

That should be the core of the plan for the future, but initiated immediately so as to not let the unemployment rate rise higher. That said, Goa cannot ignore the industries that are already set up in the State. Industry has complained of various issues it faces, with the drop in the Ease of Doing Business ratings quite high in its list of what needs to be done to make Goa a favoured destination for industry. The focus when inviting new industry should now, however, be the service industry and not the manufacturing sector. Policy makers have to look at the future with a clear understanding of what is required and not by what industry comes knocking on the doors of the State.