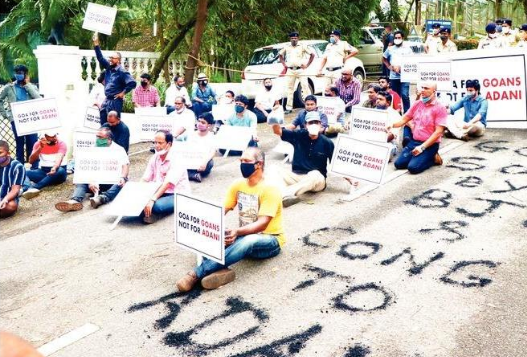 The year 2020 will be remembered in history as the year the world came to a very abrupt halt. A virus, so tiny that it remains invisible to the naked eye, effectively put a stop the fast-spinning wheels of economy, bringing in its wake death, destruction, depression and just about disaster of every imaginable and unimaginable kind. Countries across the world stopped what they were doing as the virus spread, infecting people wherever it found a favourable host body. Just as it appeared that the virus spread was abating, it returned with renewed vigour and within weeks countries that had returned to as much normalcy as they possibly could, hurried back into lockdowns or began imposing movement restrictions all over again.

Nobody, when the sun first rose this year, would have predicted that 2020 would turn out the way it did. But then, the virus was still in China, in one province of Wuhan, and few thought it would spread and infect the millions that it has. It was when the virus did cross the borders of China that the world  began to take notice. But in January this year, there were other issues of a more pressing nature to dwell upon and the year held very different possibilites.

On the first Sunday of the year, this column had listed out a series of tasks that the government would have to carry out during 2020. These were issues that in January were a priority, and the three linear projects that pass through the Mollem forest had not yet wormed their way to public attention, and to people’s protests on the streets. Now, 51 weeks later, as the year peters to an end, it is time to review these enlisted tasks and see what, if anything, has been achieved.

First here’s a brief recap of what was suggested: Road repairs to be taken up with urgency, so that the monsoon of 2020 is not a repeat of monsoon 2019; a scientific system to treat sewage in the State that has long been pending; a resolution to the mining issue that has been promised but never materialises; finalisation of the tourism master plan and tourism policy that was in the making for years; mass sapling plantation programmes so that the diminishing tree cover can be restored, along with concerted efforts to ensure that the plants grow into trees; a conclusion to the Mhadei dispute and diversion of waters; a clean up of River Sal, St Inez creek and various other water bodies in the State; shifting of the offshore casino vessels from River Mandovi as promised by the government; decongestion of roads of all the urban areas, so that traffic can flow unimpeded; replacement of pipelines where necessary, and augmentation of water treatment plants; uninterrupted power supply in the towns and villages; a feasible garbage management solution before the molehills of garbage turn into mountains.

These may have appeared to be many tasks to be undertaken in one year, but all of them were pending finalisation. To be fair, when listing out these tasks, it had also been forewarned that it may not be possible to completely close the files on all the issues, but there could be a start made, and that was what was pressing. Yet, strangely, when at the end of the year a report card on what was achieved is sought, it appears to have been a year that went wasted. Perhaps the COVID-19 pandemic can be held responsible for the tasks being left incomplete. There were lockdowns and restrictions of movement, but was the pandemic wholly responsible for the fact that of all the tasks listed, it is only the tourism master plan and policy that got notified, this year? Goa, through the year, had umpteen opportunities to resolve many of the pending concerns, but they still remained unattended. A number of the tasks were administrative in nature, where the planning process was more important to get it on the right track, and these could have very easily been dealt with.

When issues remain pending, they just accumulate and add to the list of items that need to be attended to. This is what has been occurring, burdening the administration in the State. If the Goa government could act quite decisively with the handling of the COVID situation – it may have slipped a few times in doing so – then why does it hesitate to take similar quick decisions in other cases? Was it only the urgency of the situation that led it to take charge of the pandemic so quickly? But then, aren’t these other issues also very urgent and demand solutions?

So therefore, what could not be achieved in 2020 has to be completed in 2021. The efforts of course will have to be greater as is the case with any task that is left unattended for a long period. The Mhadei tussle for instance has taken on new dimensions for the government and the delay in finding employable solutions to the garbage issue has increased the garbage to be treated and augmented the problem. The Sonsoddo dump that grows in height while efforts are made to resolve it is a prime example of how a molehill of an issue can turn into a mountain of problems.

It’s time for a fresh start. Much that could have been done has remained incomplete. That cannot be changed. What can be amended is the attitude with which Goa enters 2021 – it has to be positive, that of accomplishing something during the calendar year. The State may have overcome the challenges of the COVID-19 pandemic to arrive at a stage where the spread is under control, though the fear of the new strain detected in UK reaching Goa cannot be ruled out. We still don’t know what the New Year that begins in just a few days will have in store for us. But we can’t dwell on the negatives, and instead have to plan ahead in the belief that the coming year will be as normal as possible given what we have gone through.