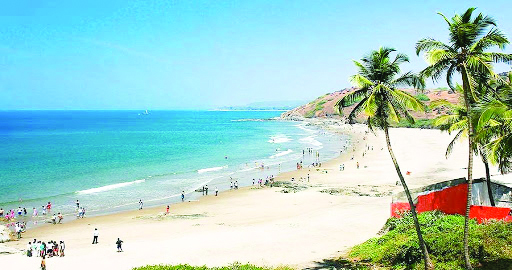 And now, a CZMP song. The recent report entitled “musicians play in tune with coastal plan protestors; local youth to release ‘CZMP’ song and video urging Goans to protect Goa’s coast” (Herald, April 13, 2021), is a unique approach never heard before. The song hopes to strike a chord with fellow natives in the larger interest of saving Goa’s ecologically fragile coast. All the groups and people concur against the CZMP that the coast and coastal communities will be detrimentally affected irreversibly if the present CZMP plan is passed by the authorities. Another item (Herald, April 15, 2021) reports that Goa has been asked to expedite CZMP, as CRZ 2019 will not be applicable for clearances. The State of Goa has conveyed that some 4500 suggestions were received from various stake holders, and that the public hearing is over. In fact, public hearing ended in a fiasco where people protested and walked away; no business was transacted. The GCZMA sat quietly and failed in its duty. Minutes of meeting were cooked up. The court has intervened again asking petitioners to approach NGT (ToI, April 18, 2021). The fate of coastal zone plan is at stake.

A flyby or a cross section from a sandy coast towards the hinterland reveals the following: sandy beaches backed by dunes with dense or scanty vegetation, low-lying khazans which are an integral part of wetland ecosystems, network of rivers, lagoons and backwaters lined with mangroves and associated adjacent marshes, lower hills and the high mountain peaks further inland. Over the decades, these natural units have been subjected to various kinds of human interventions. We need to note that if a forest is damaged, it re-establishes itself; if mangroves are removed, affected areas can be reforested; if a river is contaminated, the water body can be oxygenated and revived; a reclaimed wetland can be restored to its original state. Comparatively, research has confirmed that when dune complexes are impaired due to natural processes or deliberate human actions, the beach and the dune belt may be lost forever.

Of all the tropical natural systems, we need to note: that a sandy coast is uniquely important as it faces and neutralises extraordinary forces of the ocean; that a beach is an intertidal zone where the ocean comes to rest; that a beach is the property of the ocean; that the sandy beaches of Goa, in particular, have suffered the maximum assault from human actions. Since the degree of impact varies, the anthropogenic influence on natural systems can/may be reversible or irreparable. As such, considering the proven scientific data that coastal sandy ecosystems are ecologically fragile, any interference on an open sandy seafront invariably results in drastic consequences, almost always irreversible. The public  has not yet understood the criticality of haphazard planning and the CZMP has overtly failed to consider this concept.

Overall, it appears that the role and functions of a coast, the ecological importance and ecosystem services rendered by natural units are not understood by stakeholders at large. Meetings and demonstrations were held by NGOs, church bodies, panchayats, village groups and individuals all over littoral Goa in 2019. Certain issues merit attention: (a) Various NGOs raised issues of societal concern and reasons why parts of CZMP need corrections, all based on field observations. (b) Several panchayats reworked draft maps and suggested pertinent corrections in the draft plan after consulting experts. (c) Some individuals questioned about personal structures or properties which were not marked on draft maps. (d) Several farmers and private land holders bitterly complained about mangroves that rapidly colonise low-lying areas, due to which cultivable paddy fields are transforming into marshes. (e) One after another, knowledgeable individuals are complaining the issue of port limits usurping coastal strips, as this aspect is not stipulated in the guidelines for CZMP. (f) Heritage sites such as the iconic Ponte de Linhares and even Raj Bhavan are classified as CRZ II. (g) Although marking the hazard line is mandated, the public is confused about interpreting this boundary with respect to the high tide line. (h) Several beaches are categorised as CRZ II by avoiding public consultations. (i) As reiterated several times, presence of sensitive geomorphic features as pioneer sand dunes have been conveniently ignored.

Shockingly, scientific issues have rarely been discussed in any group meetings last two years; only a couple of scientists have made their presence felt, and also contributed in the form of scientific articles in the public domain. Unfortunately, scientists and researchers from local research institute and university that comprise experts in coastal subjects and have been engaged in services for industry since decades, have maintained a deafening silence.

The spate of protests during the last few years, mostly aimed at govt departments or projects, clearly point to a refusal to understand the intricacies of nature conservation due to a lack of political will. Litigations are increasing by the day; the judicial system is forced to intervene as never before; fines are imposed on govt agencies. The CZMP 2021 is being scrutinised by courts of law. Unfortunately, a majority of green campaigners are elder/senior citizens; the mobile youngsters are conspicuous by their absence. Thus, if this on-going green rhythm is not maintained, and if our youngsters do not think green, our ecosystems may never thrive. The CZMP has created utter confusion as every coastal user has unresolved doubts and complaints. The implementation of the Goa CZMP 2021 lies in a critical state.