Goa naps as waters of River Mhadei flow the other way 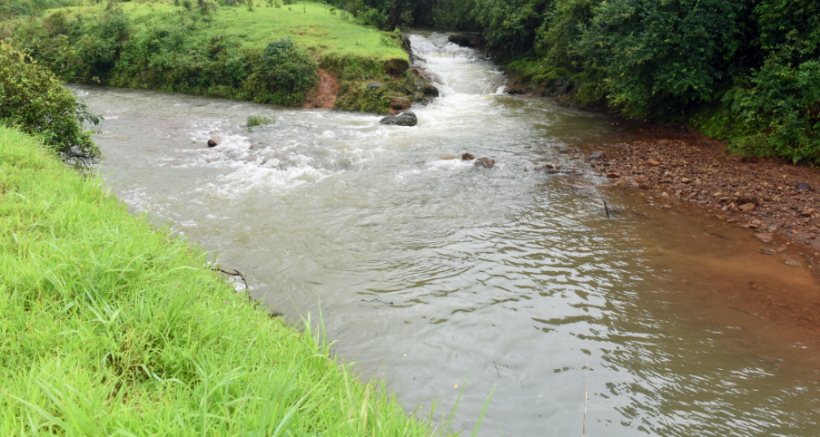 While Goa is struggling to cope with the rising Coronavirus cases and deaths, in neighbouring Karnataka the River Mhadei that flows to Goa appears to have been diverted during the lockdown, which would be a matter of contempt of the directions of the Supreme Court of India and the Mhadei Water Dispute Tribunal. The river that Goans call the Mandovi or Maai Mhadei, and is said to be the lifeline of Goa has already changed its course and is now flowing towards the Malprabha basin. Herald saw this first hand, when the canal flowing towards Goa is relatively dry despite the heavy rains. As a result stagnant water can be seen at many places in the canal which leads to Goa. What can be seen are rocks, sand and mud blocking the natural flow of water.

The apprehensions of environmentalist Rajendra Kerkar, who has been following the Mhadei case and the course of the river, have come true and it is time the Goa government takes up the matter seriously and asks the Supreme Court to intervene. Instead of pursuing the matter aggressively the State government is relying on the appeal in the Supreme Court and the Mhadei Tribunal. If the canal is dry in the monsoons, in the year when we have had the highest rains in a century, what could be the situation in the months ahead? Will the River Mandovi dry up? The blockage of flow will definitely increase the salinity in the water which could have a catastrophic affect on the ecology.

The WRD team went to Mhadei on September 6, almost 20 days after later have they prepared a report to the government about what they saw? Sadly, the Water Resources officials have been asking for videos of diversion from journalists who risked their lives and went to the Mhadei site and clicked pictures and videos. So just what did the WRD officials do then when they visited Kankumbi?

Goa’s worst fears are coming true and it appears that it is not just the WRD officials but that the entire government does not care about the river waters. It’s simple logic, the diversion of the river water will critically hit Goa’s drinking water supply. It will also affect the agriculture, river navigation and tourism activities in the State, besides harming the environment.

River Mhadei originates in Degao, Karnataka. Its path from there till Krishnapur supports the Bhimgarh Wildlife Sanctuary, an important tiger habitat. It enters Goa through Kadwal village. The Talewadi caves in its basin are the only known site for Wroughton’s free-tailed bats, a critically endangered species which need to be protected. The origin of these bats is found near Mhadei Wildlife Sanctuary in Karnataka. As per Wildlife Protection Act of 1972, such a diversion near a Wildlife Sanctuary or National Park requires permission from the National Board of Wildlife. This permission has not been obtained by the Karnataka. A tributary to the Mhadei, the Kalsa river, which enters Goa at Surla has already been killed. This will affect the only freshwater source to Goa which supports 43 per cent of the State’s population.

So why does the Chief Minister not lead an all party delegation to Prime Minister Narendra Modi and apprise him of the grave situation? With water already diverted towards Malprabha, why is the State not approaching the Supreme Court for an early hearing in the case? Mhadei is a much bigger matter than mining is for Goa. Mining is about the economy and Mhadei is the lifeline. While the Tribunal has given Karnataka about 5.3 TMC of water, the diversion is of entire tributary towards the Malhaprabha basin leaving Goa almost nothing whatsoever.