Goans need to drop “not in my backyard” attitude 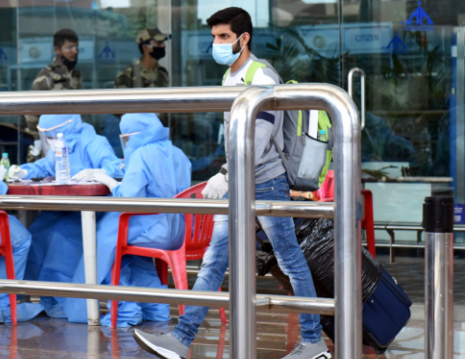 The repatriation of seafarers has already divided the citizens. While many believed that the sons of the soil should be brought back as they are now jobless due to the COVID-19 pandemic, others opined that bringing seafarers would threaten the lives of lakhs of Goans as the seafarers are returning from red zones or areas which have become novel coronavirus epicentres like the United States, United Kingdom, European countries and the Gulf region. However, what initially appeared to be social media banter turned into a full-blown unnecessary argument and is threatening to disturb the social fabric of the State. Going by the incident at Candolim on Wednesday night, where a major commotion arose after local residents protested the quarantine facilities for the seafarers, who landed from Italy in three different flights.

Local residents have argued that the quarantine facility at the hotel is in a residential area and such a facility for seafarers in a densely populated area will threaten the lives of the elderly and the children,  who are most vulnerable to the virus as per the World Health Organisation. While this argument was partially valid, what came next was shocking when a couple of youth mentioned that the seafarers are from South Goa and so should be quarantined in hotels there. This one reckless statement by the youth has certainly crossed limits. Everyone needs to understand, be it North or South Goa, the novel coronavirus recognises no jurisdiction, no religion, no caste. It is a single-celled virus which only wants a human body to survive.

The protestors need to understand that these seafarers, who were brought to the Candolim hotel, have not been found positive and are there only because the standard operating procedure mandates the quarantine. The commotion was uncalled for, as by this logic, the only COVID-19 hospital in Goa is in the South. Should the two districts have separate hospitals? People need to understand that Goa is a small State with limited health facilities and with the resumption of domestic flights and regular train services the available facilities will be under stress in the near future if there is a spike in positive cases. If we go by numbers, Goa has 170 beds for COVID-19 patients out of which over 30 per cent are already occupied with almost 51 cases reported confirmed so far. The State also has limited quarantine facilities as all Goa Tourism Development Corporation hotels have been requisitioned by the State administration besides several other private hotels.

The State administration is equally responsible for what happened at Candolim. A few days ago Panjim MLA Atanasio (Babush) Monserrate met North Goa Collector R Menaka and requested her to move all quarantine facilities out of the capital city. The MLA said that the Collector has agreed to his request. A few hours later, Panjim Mayor Uday Madkaikar announced that no quarantine facilities will be allowed in Panjim and that the Collector needs to discuss with them before taking any such decision. Had the State at that time said no to the Panjim MLA, the incident at Candolim would possibly not have occurred. This has encouraged villages to say no to quarantine facilities in their area just like they say no to garbage treatment plants.

The “not in my backyard” attitude has to be go rid off. While politicians will continue to play politics by creating a divide, it is the duty of the citizens to understand the larger conspiracy. Instead of falling prey to such tactics, citizens need to act more responsibly and support the doctors and the frontline warriors in fighting the deadliest virus unitedly. If the doctors and the other frontline warriors are not differentiating in treating Goans, who are we to do so?