Had this been poll time, 1000s of buses would ferry migrants 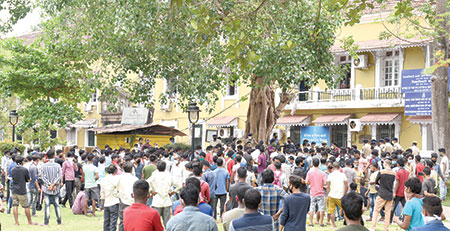 The burning issue in these lockdown times is the issue of migrants. Everyday hordes of migrant labourers throng the railway stations in the hope they will get a train back home. However, they return dejected finding nobody to listen to their grievances.With no home and hardly any earnings due to the lockdown, frustration appears to be creeping in. Shockingly, many have started walking back to their homes as far as West Bengal and Uttar Pradesh but are sent back from the borders, as they do not hold permits to move. The labourers have been deserted by the contractor, who lured them to Goa on pretext of high wages and better quality of life.

An estimated 3.3 lakh migrant workers are currently residing or working in Goa, spread right from Pernem to Canacona and Mollem to Vasco. Of these, three lakh, 50 per cent (1.5 lakh) have registered with the State government to return home. As per the authorities, almost 25,000 have already left by Shramik Express trains.

While thousands of migrants arrive in Goa every year in search of jobs, there are thousands, if not lakhs, who have made Goa their home. Some of these have been here for 30 years, yet the arms of the government (departments like Health, Labour, Civil Supplies and Housing) haven’t reached out to them.

Not only in construction, migrants have been doing jobs like cleaning drains, sewage tanks, sweeping, cleaning, plumbing, electrical, mechanical etc, which an educated Goan may normally never do. In short it won’t be wrong to suggest that Goans are only interested in white-collared jobs and the rest is taken care of by the migrants. The current exodus will leave a huge void in the system.

The migrants are doing a great job for Goa, be it constructing roads, bridges, buildings or houses, it is difficult to find a Goan you can handle these job or is interested in doing them.

Despite this, the migrants in Goa are often termed ghatis, a term earlier used to refer to a person who stayed on the ghats. However it is now the new normal to call every migrant worker a ghati. There is little doubt that Goa needs them, especially if its dreams of industrialisation are to realise. Every important post-liberalisation project – Mormugao Port Trust, Konkan Railway, new and old Zuari bridge, Mandovi bridges, or projects for International Film Festival of India have all been possible only because of migrant labour.

Most, if not all the labourers involved in road and building construction and in fishing and agriculture are from Maharashtra and the northern districts of Karnataka and had come in the earlier decades. Today’s migrants are mainly from Andhra Pradesh, Kerala, Bihar, Uttar Pradesh, Orissa, Jharkand and West Bengal.

They endure taunts, discrimination and abuse only as work is available in plenty and the wages (around Rs 600 - 1000) are better than what they get back home. Migrants are also often blamed for the spurt in crime. In some instances, it may be true, there are always a few rotten eggs somewhere.

In 2001, when the influx of migrant workers was leading to social tensions in Goa, then chief minister Manohar Parrikar had said that the onus should be on the contractors to provide facilities for the workers they bring. Sadly, nothing happened after this as most of the big-time contractors in Goa are politically well-connected.

Coming back to the issues of migrant labourers struggling to return home, the State government too has its limitations as it relies on the railways for scheduling trains and many other formalities even for buses. Surprisingly, some home States are not ready to take their own people fearing a spike in COVID-19 cases. This is only because COVID-19 or the disease, wherein it is termed the responsibility of the government, but had this been election time, thousands of buses would have been arranged in Goa by candidates and political parties from the State(s) to take the migrants home to vote. Not just food, they would also have get food, liquor and some cash too. This is the dark reality of how our system works.

It would be wrong not to mention that most of the labourers also hold dual election cards and vote also in Goa as such they have become vote banks here too. Migrants have been vote banks of Goan politicians too and sadly the political class has also failed them. Announce a political rally in Goa and hundreds of buses will ferry migrant labourers but sadly in the need of hour there is none or nobody to help them. All the politicians knocking on the doors of Chief Minister to help the migrants and themselves doing little.

Finally, we need to introspect on what happens if all the migrants leave Goa? Who will do the jobs here? Nobody seems to have any answer. Next time anybody meets a migrant do not treat him or her badly, instead, if possible offer help. After all, there are more Goans outside Goa than there are non-Goans in Goa. 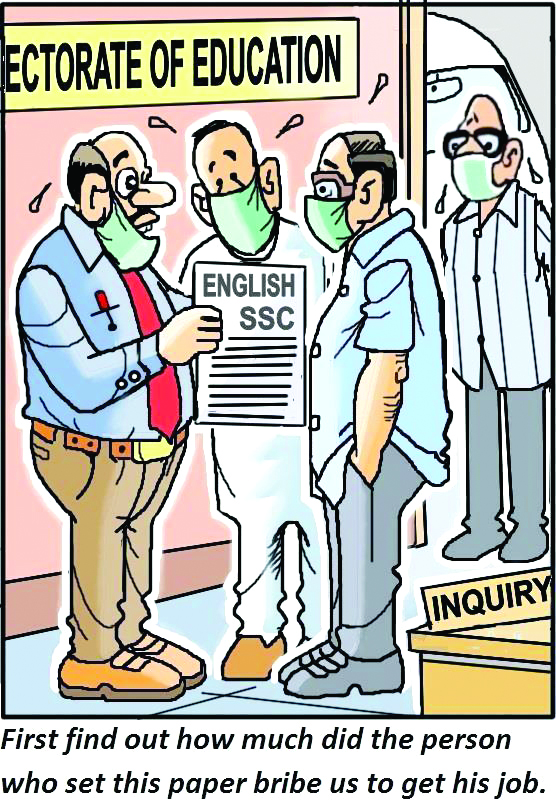