Has battle against coal been won? 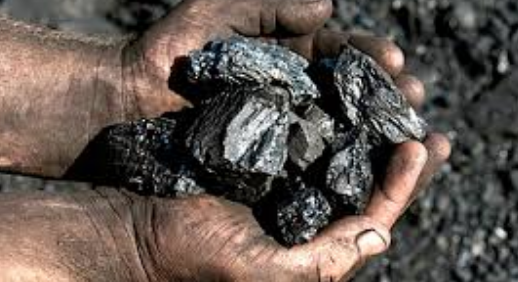 Chief Minister Dr Pramod Sawant has announced that coal handling at Mormugao Port Trust will be gradually stopped and that Union Ports Minister Mansukh Mandaviya will be in Goa later this month and will be setting up a committee to find an alternative to the use of coal. The Chief Minister was clear that the industry cannot be stopped immediately but that in a phased manner the handling of coal will be stopped. The assurance was made to young people who on the occasion of Children’s Day had met him demanding that coal handling be stopped. The Chief Minister later said that the Centre has already assured to soon reduce coal handling at MPT by 50 per cent.

With this, has the battle against coal been won? Goencho Ekvott, Goyant Kolloso Naka, Goencho Avaaz, Goa Against Coal, Village Groups Goa have been spearheading the fight to stop coal handling by MPT and its transportation via rail and road through Goa to Karnataka. Will this assurance from the Chief Minister lead to ending the agitation? From the subdued reaction of all these groups to the Chief Minister’s statements, it appears that the groups are not willing to take a step back. They perhaps want action and not mere statements from the government, and only then will they be willing to end their agitation.

But then, some of these groups are also fighting other related battles, for which there has been no assurance. Their contention was that the railway double tracking was mainly for the transportation of coal. If that is so, will this project also be shelved? Or will the double tracking continue? As of now there is no clarity on this aspect, though it remains very relevant to the issue. While the transportation of coal will increase pollution levels drastically, the railway line expansion will cut through people’s houses in certain villages and could possibly be far more detrimental to the State. On the issue of double tracking, the Chief Minister has said that he has got an assurance from the Union Railways Minister Piyush Goel to look at it positively.

Going by the CM’s statement, the handling of coal will be phased out. The coal and railway double tracking issues are interlinked and there cannot be the reduction of transportation of coal, without this having an effect on the economic viability of additional railway tracks along the South West Railway line. The demand of the groups is that the three linear projects of railway double tracking, highway expansion and power substation be stopped. The transportation of coal is linked to these, as the contention of the groups – made with the available data – is that all three linear projects are meant to facilitate the transportation of coal via the State. So, will this put an end to all the projects?

These, however, are not the only statements made by the Chief Minister. He has gone further to state that coal handling at Mormugao Port Trust won’t be increased “at any cost”, and that a plan would be chalked out to significantly reduce the quantity from the 14-15 million tonnes the port handled in 2017. The Chief Minister also said the port would diversify into pharma export and the tourism sector, and that discussions were being held on how the berths at MPT can be utilised for tourism purposes. Tourism and coal cannot be promoted simultaneously at the port. It will have to be one or the other. While cruise ships do dock at MPT, the potential for increasing exists. What is needed, is that plan, which the Chief Minister has spoken of, on how to do it.

Whether the agitation against coal ends will be known in the days and weeks ahead.