How long will the jobless seamen weather the storm? 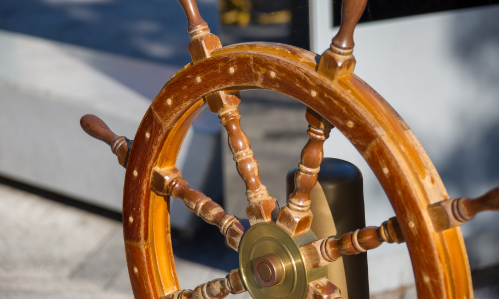 How long the Goan seamen will brave the elements of life without a job and without salary? This question is suffocating them for over a year now with no answer in sight. Caught in a whirlwind of topsy-turvy life due to the man-made disaster, hundreds of thousands of families are still struggling to collect the threads of emotional positivity as they try to make both the ends meet. This is truer of the families of seamen and those working abroad. The bread and butter have begun to slowly slip away from their fingers and their lips as well because of the loss of jobs. Needless to say, that the pandemic situation has not at all been all peaches and cream to them.  And the ordeal is yet to be over due to the new policy of Covid-19 vaccination.

The seismic shift in the decision of the Government of India to increase the time gap between two jabs of Covid-19 vaccination all of a sudden has left the sea-legged seamen high and dry. Most of the Goan seamen are working for the cruise line companies based either in USA or Europe. With the vaccination taking place at a lightning speed in those developed countries, most of the cruise liners have already buckled-up and are ready to get the show on the waves again.

Before the end of this summer most of the ships will join the dance of the oceans. If the Goan seamen are not ready with both the vaccination jabs they will definitely miss the ship and lose their jobs without an ounce of doubt. Inversely they will have to wait for another seven to nine months to replace the crew who will be hired now in the months of June, July and August. Seamen have already waited for over eighteen months by now and if there is further delay it will only add insult to injury that will not have any scale to measure their frustration. Furthermore, it will keep them away from walking the yellow brick road prepared by the cruise liners.

The vaccine administered in India does not have nine lives, no bones about it. The seamen must be administered the vaccines which are approved by WHO. Those who wish to travel abroad and have taken the first jab of Covaxin their state has become like ‘damned if one does and damned if one doesn’t’. The virus has turned every day into a school day as it gives something new to learn. Hence the priority as regards to vaccination of the seafarers and the time gap between two doses must be well defined by the government so as to clear the mounting doubts and dwindling hopes.

The seamen are waiting with bathed breath for a miracle to happen. Their contention is that if there is no shortage of vaccines as is propagated by government then Health Ministry need not welcome advice from foreign entities. Even Dr Fauci should not be brought into picture. They see red in Dr Fauci’s statement when he says that the  longer the  period between two jabs, the stronger the immunity as he has not practised the same sermon in his own country. Such a Humpty Dumptyism does not hold any water. What about those people who took both the jabs within a period of six weeks as it was earlier said to be very safe and effective? The realization of risk-factor must not haunt the people like a demon of disaster.

Except for a couple of opposition leaders from South Goa who displayed an eye of a tiger none of the MLAs from the ruling dispensation showed any signs of being bold as brass to stand tall with the concerns of the seafarers.

The Goa government has prioritized only the first dose of the Covid-19 vaccine to the seafarers. As there is only one Tuesday in a week it’s time for the government to see past the end of its nose regarding the time gap between the two doses. This  gap should have been six to eight weeks for the jobless seafarers. Keeping the weather eye of unemployment open a request to the central government on behalf of the seafarers in this regard will put a lid to their testing times. That might turn out to be a self-fulfilling prophesy.

People need to see a rainbow on a cloudy day, not a storm!