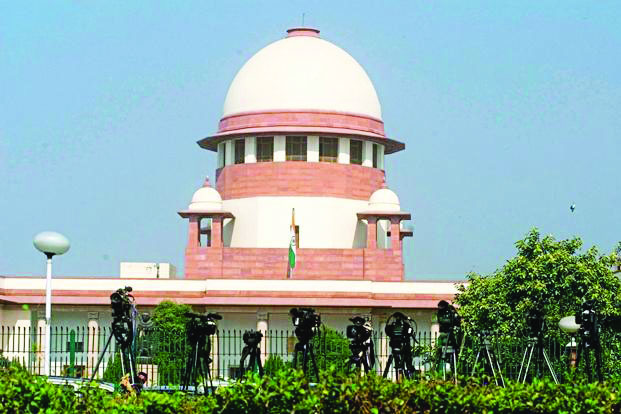 There are many kinds and types of people in any given society. An idiot is one such kind of a person. This distinction is as per notable sociologists and public intellectuals.

The present article’s reading is not intended for Idiots.

Because an idiot is not somebody who is mentally deficient, but a person who is totally private, totally self-centred and totally selfish. An idiot is a person who is always out only for his personal gains, personal interests and doesn’t see beyond that. Idiots rarely go beyond their stomach and are all out for their personal pleasures and personal treasures. Their contribution in any given civilised society is nil.

This article reading and write-up is solely intended for another type or kind of people known as citizens. This citizen, in contrast to the idiot, is the ideal person that makes up a civilised society. A society that truly lives up to the meaning of the name society. The citizen recognises that he or she is a member of a common wellbeing and strives for common good. The citizen knows his or her rights in a society and also knows his/her responsibilities linked to the society. The citizen respects the rights of others, of their neighbours, of the smallest of the minorities and of the worst of their enemies. The citizen sympathises with those who are struggling for their basic rights and dignity.

The question which starkly faces us today is whether we want to live our remaining lives as idiots or citizens. That is the choice that today each and every individual has to make in the society.

Father Stan Swamy is permanently out of prison, and we though may not be inside any prison but indeed are our own prisoners. The circumstances under which an 84-year-old citizen Father Stan Swamy died in custody waiting for his bail, applied multiple times on health grounds is very unfortunate. His repeated pleas for medical assistance were consistently ignored or dismissed. Medical reports taken on record clearly indicated that Father Stan Swamy had the degenerative Parkinson’s disease, and could not do even basic tasks, such as holding a spoon, writing, walking or bathing. Court noted that he had a severe hearing problem and was extremely weak.

Every regular bail application filed by his lawyers was unequivocally rejected. His application for medical bail was adjourned again and again by the Court.

Treatment of old and frail people with such depravity in custody. I’m so saddened.

Non-granting of bails and jailing in such cases is inexcusable. Nothing shakes our conscience! Whither Law? Whither justice? Judiciary which does not reflect the genius and character of the people living under it will not hold their allegiance in times of stress. Judiciary which fails or ceases to embody and invigorate the conscience of the nation loses its value as judiciary. The theory upon which our judicial institutions rest, which is, that all men have certain inalienable fundamental rights.

This is of the very essence of judicial duty.

Posterity will blame the judiciary for the incarceration and unfortunate death of Father Stan Swamy and the continued imprisonment may be so many others like him. Do we have such a weak and insensitive judiciary today that our judges take pride in displaying apathy of such shocking orders? What has happened to Father Stan Swamy may be happening to many other undertrials who are languishing in prisons. Large number of undertrials in prison have been languishing for years and periods, which may be possibly more than half the sentence period, if they indeed were prosecuted and found guilty in court, had the trials happened. Many aged people may have died in the past or dying or may die in the future during the course of their trial or without a trial……waiting for their bails. These may include prominent intellectuals, lawyers, writers, activists, poets, student leaders languishing in jail as undertrials. After all, India leads the world in the percentage of undertrials who are in prison. By the way, India also leads in prison crowding.

It happens only in India where the Chief Justice of India grandiloquently states that personal liberty and fundamental rights must be protected, and our Indian courts do precisely the opposite.

It is the duty and obligation of every judicial authority to pass such orders or directions, as it may deem fit in case it finds that the State or its functionaries are not performing their duties towards its citizens as mandated by law. If the people do not realise that the decisions are in fact reasonable and right, much of the effective power of the Court will be lost.

In an era marked by doubt and confusion, Indian Courts which have been looked to as exhibiting consistency in adjudication, and a steadiness which would hold the balance even in the face of temporary ebbs and flows of opinion should not become the breeder of fresher doubt and confusion in the public mind as to the stability of our institutions. The Court is a sort of mirror of the state of a Nation. No Court can remain independent of public opinion for more than a relatively short time. The law is not an end in itself.

There is a dire need for the members of the judiciary to take prompt steps for a roadmap to improve the image of the Indian judiciary.

Courts are human institutions composed of judges who bear the awesome responsibility of keeping Indian Life and Indian Liberties secure. The judges should at once be concerned in an intimate and personal way with every living being, as the legal process is so strange and mystifying that more often than not, the common man is relegated to the role of silent spectator though the issues concern his future, his livelihood, his liberty and even his life.

There can be no shadow of doubt that our courts need to acquit themselves in all trusts with exceeding honors.

As of now, India stands on the brink of a precipice.

(The author is an Advocate, International Law Consultant and Human Rights Activist)