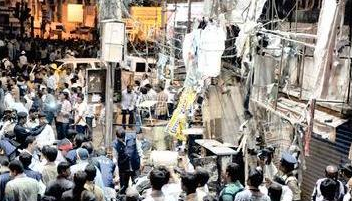 After the November 26, 2008 terrorist attacks in Mumbai, the Unlawful Activities (Prevention) Act, 1967 (UAPA) was amended to become India’s main anti-terrorist law; merely four years after the Prevention of Terrorism Act (POTA) was repealed. However, some of the provisions introduced in the UAPA’s amended version were almost replicated from POTA, and expanded even further. The provisions for arrest under the amended UAPA are as vague as they were in POTA. The key problem with the UAPA is that it fails to understand the multidimensional nature of terrorism, and what makes acts of terrorism distinct from other forms of crime. Preventive Detention law in India has had an interesting trajectory. While the Indian Constitution has, under Article 22, allowed preventive detention under certain exceptional circumstances, the governments have used this provision to enact state and central legislations on different counts. The jurisprudential basis for preventive detention defined as state intervention against an individual for the purpose of preventing him/her from harming others is not well developed, especially when contrasted to the robust theoretical literature relating to punishment based on retribution and general deterrence.

As the second branch of government, the purpose of the legislature is to enact laws that uphold the fundamental rights of all citizens. However, when met with extraordinary circumstances, the Indian legislature has made laws that have not only negated fundamental rights, but also suppressed them. Often the use of these Draconian laws has continued well after the circumstances in which they were created. But these laws have endowed the state with excess powers to violate constitutionally guaranteed rights at both the individual and community level. Usually, these unconstitutional laws are designed with protectionist rhetoric against a threat (which could be real or imagined). But what they actually protect is the ruling dispensation’s compulsive craving to bypass human rights. Supporting an ideology, even if the same ideology is adhered to by a banned organisation, cannot be a crime.

The Unlawful Activities (Prevention) Act is a national security legislation that gives unbridled powers to the government authorities to detain an individual on the basis of vague and arbitrary grounds, “in the interest of national security”. The haphazard manner in which the charges under UAPA are being invoked has led to several persons being detained for months together before finally securing bail.

Draconian Bail Provisions: The provision for statutory bail on arrest becomes obsolete when charged under UAPA since section 43D of the Act allows extension of time for filing the chargesheet on the application of Public Prosecutor, upto 180 days, as opposed to the 90 days period stipulated under the Criminal Procedure Code. This provision has been largely exploited in cases where persons are charged under UAPA for whom statutory bail is denied on this ground, thus condemning the person to be incarcerated in prison for a minimum of 6 months, without a chargesheet having been filed.

Further, section 43E of UAPA puts onus on the accused to prove himself innocent which is contrary to the basic principle of criminal law which stipulates that ä person is innocent until proven guilty. The authorities also have the power to search, seize and arrest the accused based on mere suspicion.

It is unfortunate that the state is harassing a Jesuit priest, a human rights defender who made people his religion and sacrificed his life to safeguard the exploited tribals from the land mafia. This is clearly a witch hunt where people are first labeled as Naxals or Maoists and then falsely accused of anything from instigating riots to waging war against the nation. The raids are nothing but an intimidation tactic against those who are empowering the voiceless and the marginalised to demand their rights from those who have historically benefited from oppressing them. The interests of Adivasis were never taken into account. But the exploitation of Adivasis increased after the BJP government came to power at the centre in 2014 and the aspirations for industrialisation have seen an aggressive push by the state government. In 2017 the state organised an investor’s summit where over 200 MOUs were signed worth Rs 3 lakh crore. Rapid industrialisation meant land had to be occupied and the rich minerals hastily excavated from Jharkhand’s soil. It appears that force rather than dialogue and negotiations has been given preference over everything with thousands of people ruthlessly displaced from their lands without adequate compensation..

Because of the Jesuit priest's exceptional commitment to the most marginalised and vulnerable people, some of the news about atrocities and incidents of human rights violations in Jharkhand, a state otherwise largely ignored by mainstream media, began seeing the light of the day. The NIA stands exposed because in October 2018, the police informed the Bombay HC that the priest was only a suspect not an accused in the Bhima Koregaon case. The NIA arrested 83-year-old priest from his home in Bagaicha, Ranchi on the night of October 8. This despite his full cooperation during a 15 hour questioning in July and also on August 6, 2020. The priest who has been suffering from Parkinson’s for over 40 years never missed an opportunity to speak up for tribals. Time for the judiciary to take note of the harassment and torture innocent persons like the priest are forced to endure without any iota of wrong doing on their part.

(The writer is a social