Is BJP listening to it karyakartas?

For the Bharatiya Janata Party (BJP), Ponda taluka is turning into the big battleground for elections 2022. 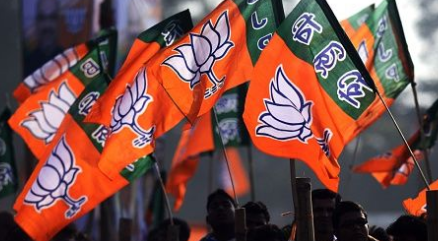 BJP surprised many, even many within the party, when it welcomed into its fold the sons of Congress MLA and former chief minister Ravi Naik. When Roy Naik and Ritesh Naik signed on the party membership forms, the BJP leadership had to duck some awkward questions from the media, especially since the party had at one time been very loud on the alleged involvement of ‘a Roy Naik’ in the drug nexus case. When queried over this, the party’s explanation was that it had never specified Roy Ravi Naik, but said Roy Naik and that there are many Roys. We leave it at that.

While Ponda may be important to the BJP, and the entry of Roy and Ritesh into the party may bolster the organisation’s strength in the taluka, especially as it attempts to sideline the Maharashtrawadi Gomantak Party and the Dhavalikar brothers here, there are many BJP karyakartas who have been with the party for long and who are displeased by the entry of Congress members into the party. This is not just in Ponda taluka but across the State. Both Roy and Ritesh have contested against the BJP in the past, and have not kept their political ambitions a secret. This naturally is going to cause some resentment in the party, especially among ticket aspirants who may have been nurturing certain constituencies over the years, but this disapproval goes beyond that.

More important, does the Bharatiya Janata Party in Goa listen to it karyakartas any longer? Does it pay heed to what these grassroots workers who toil for the party have to say and what they feel about the actions of the party in the State? In the past, party workers may have been only able to give vent to their frustrations within the party forum, but now the social media is another avenue, and it is here that there have been some rather caustic remarks posted, among others that are more restrained, made by longtime BJP karyakartas on the entry of Congressmen into the party. The BJP local leadership needs to just scroll through some of the posts of its members on social media platforms to realise that there is not much support for the intake of Congressmen into the party. There is a veritable debate on the social media on this, and much of it is not complimentary to the party.

In the numbers game that politics and power is all about, this may help the BJP achieve what it wants, but if it comes at the cost of displeasing its party members then that cost has to be somehow balanced. With elections less than two years away, there are going to be more politicians changing their allegiance in the months ahead, whether they be from the Congress to the BJP or from the BJP elsewhere. Recall that in the Shiroda by-election of last year, both parties – BJP and Congress – actually exchanged candidates. Will we see more of this happening and will the party workers accept it?

BJP was once known to be a party with a difference, a party that set ideology above all else and has within its core the karyakarta who believes in those principles. These are not the ones who have contested and been elected, but the one who have made election victories possible and they are apparently not happy with the new entries in the party. The leadership will have to convince them that decisions being taken are for the greater good of the party, but will those explanations be accetable to the worker who hase worked hard on the ground? That is a big gamble that the BJP is taking and the elections are not too far away.