Is it opposition to stricter punishment for breaking the law? 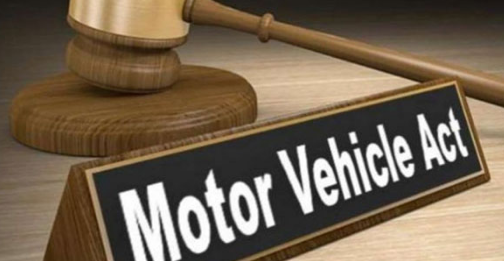 A day after the Goa government notified the amendments to the Motor Vehicle Act that increases the amount of the penalty for various traffic rule offences, the opposition MLAs criticised the move. Goa is one of the last States to implement the Act that was scheduled to be rolled out 18 months ago in September 2019. The official notification issued by the Central government had said that the clauses of the Motor Vehicles (Amendment) Act, 2019 were to be implemented from September 1, 2019. Theoretically, the amended Act is good as it has various provisions besides the higher penalty rules. It is, however, only these rules dealing wit the amount of the fines that have turned into a contentious issue.

There are demands from the opposition to again put the implementation of the amended Act on hold. The resistance to amendments is two-fold – that the fines are steep and that the State’s roads are not all motorable. Both are sound reasons, but these were the same grounds on which the opposition had protested 18 months ago and got the implementation of the Act postponed. So what happened in the past one and a half year? For one, in cases where it has been possible the Transport Department has reduced the penalty amounts, as has been done by various other States. But the condition of the roads doesn’t appear to have been improved since September 2019. Or else, why the same reason proffered again?

That apart, does Goa have the network to ensure that all the traffic offenders will be punished? For the amended Act to make an actual difference on the ground and bring about a change in the manner people ride and drive, Goa cannot rely merely on manual vigilance of the traffic police and the uniformed personnel of the road transport authorities. The State will have to depend on electronic surveillance of the roads – CCTV cameras being one of the options. The State has had a very poor experience of CCTV cameras for traffic monitoring. Even attempts to introduce this in Panjim, as part of the smart city initiative, have not yet borne fruit. The State would have to pour in huge investments to launch an electronic surveillance system, and that kind of money it doesn’t have.

What the State is getting into is implementing an Act because it has no other option as it has been mandated by the Centre to do so. What has been highlighted are the penalty amounts. But the Act will have some benefits other than just on the road. For instance, the rules which are stricter on vehicle fitness could result in lowering air pollution levels in the urban areas, and increased compensation to victims of accidents. In that, one has to remember that the person who will be fined is the one breaking the law, so why the opposition for a stricter punishment for breaking the law?