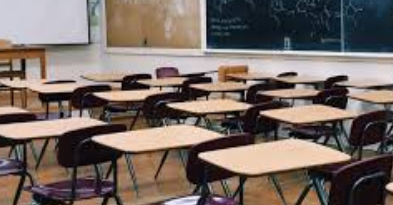 After having partially been on the simmer for a couple of years, the medium of instruction debate has been reignited in the State, following the Union government releasing the National Education Policy that proposes to make education up to Class V in the mother tongue. It has given the protagonists of primary education in the mother tongue a massive boost, but, as has been pointed out this is not mandatory, but recommendatory. It is pertinent to note what exactly the policy document says on the medium of instruction: “Wherever possible, the medium of instruction until at least Grade 5, but preferably till Grade 8 and beyond, will be the home language/mother tongue/local language/regional language. Thereafter, the home/local language shall continue to be taught as a language wherever possible. This will be followed by both public and private schools.”

The medium of instruction issue has been a fiercely fought one in Goa, and it is likely to now be fuelled again in the coming weeks and months. Already, Bharatiya Bhasha Suraksha Manch (BBSM), that had been opposing government grants to English medium primary schools, has demanded that the State government implement the new policy with immediate effect. On the other side of the divide, the Forum for Rights of Children’s Education (FORCE) has played a more conciliatory card and said they will study the policy to learn how it will impact Goa with respect to the medium of instruction. The fact that the medium of instruction in the mother tongue is optional makes FORCE believe that the effect on the current situation in Goa will not be much.

But, this didn’t stop FORCE from posing some very pertinent questions. FORCE has asked whether private schools will be willing to accept this, and whether kendriya vidyalayas, army and navy schools would be willing to teach in Konkani and Marathi in Goa. Ironically, while these schools that have the medium of instruction in English, were always left out of the MoI debate in the State as the State government grants did not concern them, the new education policy now ropes them into it as well. Yet, all this is still in the early stages, and a lot will depend on how the State government will go about framing its education policy based on the national framework.

Will the State, in the interest of children and their right to choice, maintain the status quo on the medium of instruction? The current policy in Goa does guarantee parents and their children the freedom to choose the language in which they want their child to learn in the early years. And this is a right that even the land’s highest court has upheld. It would be best if the medium of instruction in the State was not tampered with at this point of time. It would serve no purpose in changing the policy other than upsetting a system that has been working well in the State.

But, not just in Goa, the medium of instruction issue has raised questions across the country, with educationists finding that while teaching up to Class V in the local language will promote multilingualism, students could face difficulties in the higher classes where the medium of instruction would be English. This has always been the fear, but it would also take away the advantage that Indians have of the knowledge of English, that helps them in employment across the world, and in the BPO industry in India. To be very clear, English is among the most spoken and written of languages in the world and even in India it is widely used in offices and corporate houses. It’s knowledge is clearly an advantage, clearly.