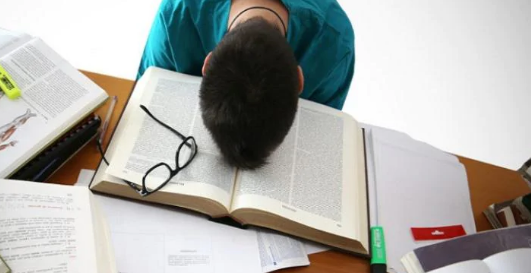 In a very shocking incident a medical profession aspirant from Tamil Nadu committed suicide a day ahead of the National Eligibility-cum-Entrance Test (NEET). A year ago a similar tragedy had occurred in the State when three students committed suicide. These shocking incidents again and again obviously expose the way how entrance exams are causing severe mental agony, panic and pressure among young students.

One of the students who committed suicide last year had in her suicide note penned that she had prepared well for the exam but was scared of the result. This yet again pinpoints to how much mental tension students experience and exposes certain flaws in the exam system and the societal beliefs prevalent which focusses only on marks, passes, ranks and success.

It is really shocking that these incidents have occurred due to NEET fears and anxiety. It is high time that the ministry of education at the States and the centre take the matter seriously and take suitable measures so as our young students do not take such harsh decisions just in the name of exams and the way in which it is conducted. Parents and teachers have to inculcate in children the mentality to face problems with courage and will power and to face challenges in a bold manner. They have to be taught to accept failures and learn lessons from it. They have to be taught to take failures as lessons that teach them to learn and attain success in their life. Suicides are not at all a solution. Let our youngsters understand that life is not just exams, marks and ranks but it is something more than that.

Parents and teachers can play a vital role in shaping and guiding the youngsters. Let them also understand that other than the conventional professional careers   engineering and medicine   there are hundreds of courses which have very good scope for the younger generation and which aptly suits their interest and capability. Career l should be made part of school education.

That the NEET examination has a destabilising effect on the students as can be seen from the death of the students is definitely one that has to be taken very seriously by the government and immediate measures taken so as to see that the life of our students is not put at risk. Also majority of the parents, students and teachers complain of the way in which it is conducted. This year students really suffered as they had to enter the halls at eleven in the morning owing to Covid protocol, wait impatiently without food till two for the exam and write the test for three hours   an ordeal by itself.

The Tamil Nadu government has already gone ahead for a "legal battle" against this Entrance Test and CM Stalin has also declared a resolution against it in the Tamil Nadu Assembly. The TN CM has demanded that 'Education be moved to the State List' and the DMK chief has said that NEET is riddled with issues and leading to student suicides. Such problems and apprehensions need to be studied and solved. A national discussion is definitely needed to make NEET neat.