Misuse of History: The Inquisition 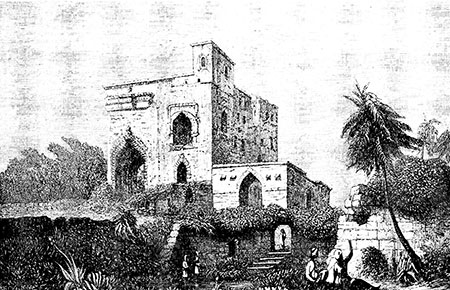 If there is one thing that unites all in Goa, it is misinformation about the Inquisition. The extent of this misinformation was recently demonstrated on the Goanet listserv by the author, Alan Machado when he pointed out the falsehood, or “fiction”, that is passed off as historical facts. Catholics are misinformed because any attempt to confront this most shameful chapter of history is met with right-wing abuse and the ire of secular liberal ideologues. Hindus are also misinformed because this right-wing propaganda is the main vehicle through which they receive information about the Inquisition. The result is suspicion and animosity amongst the two communities—the end goal of right-wing politics. Such a politicisation of this history eerily reminds us of the communalisation of the ‘Muslim invasions’.

The result of this misinformation, as professional historians have pointed out for some years now, is the ‘Black Legend’ against the Spanish empire. Starting from the seventeenth century, the ‘Black Legend’ was the propaganda directed against the Spanish monarchy which resulted in wildly exaggerated views of the Inquisition. One of the enduring legacies of this propaganda is the belief that executions were the norm under the Inquisition. However, historians today tell us that this is false: about 200 death sentences were given in the 15,000 cases tried from 1561 to 1812. “What is the Inquisition?” is a question that historians are still trying to answer.

One of the singular problems with A K Priolkar’s The Goa Inquisition (1961), which is the most popular source in Goa about the activities of the institution, is that it made liberal use of the ‘Black Legend’ in interpreting the history of the Inquisition in Old Conquest Goa. On its publication, noted historians differed on the book’s usefulness. No less a figure than the noted Indologist, Fr Henry Heras, whose contribution to Indian history and archaeology is immense, to put it modestly, felt that Priolkar relied heavily on authors drawing from the ‘Black Legend’ propaganda. In response, Priolkar acknowledged his reliance on his doubtful authorities, but offered a weak defence that he was guided by the archives available in Goa. However, Priolkar did not consult the available archives, as papers pertaining to the Inquisition are not held in the Goa archives. Rather, Priolkar relied too heavily on Charles Dellon and Francis Buchanan’s accounts, and that too poorly.

Every fledgling student of history is trained to inquire into the reasons why historians put together a narrative. In Priolkar’s case, it appears that his book was not about the Inquisition (per se) as it was a comment on Christianity in India. By stressing, or overstressing, the violence of the Inquisition as defining Christianity and Christians in India, Priolkar asserted that fear, rather than belief, forced Christians to convert. He felt that his book would persuade everyone “that religious persuasion played but a very insignificant role in the conversions of the Indians to Christianity effected during this period. It was only to be expected that persons so dragged into the new religion would have little understanding thereof or love therefore” (58). Priolkar never explained why Christians continued with the faith after the Inquisition. An explanation was given by Fr Anthony D’Costa in his The Christianisation of the Goa Islands, 1510-1567 (1965). Reacting to Priolkar and bringing archival data into the discussion, D’Costa argued that the earliest converts demonstrated their understanding of the faith and that local and pre-Portuguese forms of social oppression also pushed people to convert.

Today, many lay persons consider Priolkar’s partisan and methodologically-flawed book as authoritative. Its multiple reprints have only helped the book’s popularity. A publishing house, Voice of India, reissued the book in 1998 as The Terrible Tribunal of the East: The Goa Inquisition. Recently, in 2008, Rajhauns Vitaran, a Goa-based educational publisher, also reprinted the text. Despite new publications since the 1960s, such as James Boyajian’s, “Goa Inquisition, A new light on First 100 Years (1561-1660),” in Purabhilekh-Puratatva (1986), many in India still promote Priolkar’s dated study because it fits into the nationalist idea of colonial violence, and aids a virulent agenda of religious sectarianism.

Admittedly, most of the new research on the Inquisition is in Portuguese, which creates problems of accessibility in Goa. But that is no excuse for our dependence on ideologically suspect and politically motivated books like Priolkar’s. A serious topic like the Inquisition requires an investment of time and money in reading the available scholarship and archival documents. It also requires that we rely on cutting-edge research methodologies developed (and being perfected) by professional historians. Research always brings more data to light that requires newer interpretations, and hence it is all the more important not to rely solely on an old study.

New studies such as Giuseppe Marcocci and José Pedro Paiva’s História da Inquisição Portuguesa (1536-1821) (2013) prove helpful in updating our knowledge of the Inquisition. Scholars of religion in the west coast also feel the need for better sources that inform the public about the history of Christianity in India. Via a recent telephonic conversation, Paolo Aranha, an Italian scholar of Mangalorean origin working on early modern Christianity in India, suggests that we might profit from a series of video podcasts, with interviews with historians who have undertaken scholarly research on the Goa Inquisition. They could present their own results, as well as discuss other scholarly contributions, produced particularly in the last 40 years. Aranha’s suggestion is relevant, as there is a dire need of informing the general public on scholarly advances in such an important field.

The way forward for all Goans is to invest in (and demand) empirically-sound scholarship and politically-neutral (as far as possible) information on the history of the Inquisition in Goa. If not, the current dog whistle politics of religious sectarianism and hatred will continue unabated.