Not a myth, this Pegasus is real

Denials from the government of involvement came fast, but not as speedily as names of those whose mobile smart phones had the Pegasus spyware installed in them. 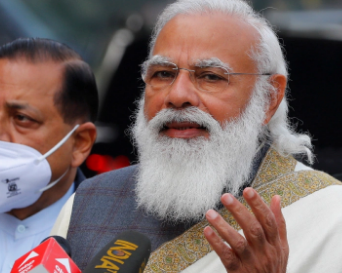 Breaking out on July 18 evening, the story unfolded the next day as a list of those who had been spied upon with the spyware of Israeli NSO Group increased, rocking Parliament that had to be adjourned on the first day of its Monsoon sitting and on the second day too. With the lists revealing names of politicians, ministers, Supreme Court judges, journalists and others, the Pegasus scandal is not likely to end soon. With the opposition accusing and the government denying, this issue is going to be kept alive, but will the truth be ever determined?

The Opposition pointed an accusing finger at the Union government as Israel’s NSO Group the developer of the software claimed it sells the spyware for hacking phones only to governments as it is aware of the implications of the software falling into the hands of terrorists and crime mafias. The Telecom Minister denied using it in India, and the government statement said there was no substance in the news reports of spying. But the opposition won’t accept the explanation. The questions being raised are who authorised the purchase of the illegal spyware? How many hundred or thousand crores were spent on it? Why the government kept mum if the spyware was illegally bought and deployed in India since April-May 2019?

The opposition has come together in attacking the government on this issue. Congress has termed it ‘treason’ and said it was total abdication of the national security since a foreign company could possibly have access to this data. Some of those named on the list are Constitutional functionaries and if the allegations are true, this can have far-reaching consequences. These charges require the government to come forth with a more than just a denial as it has done at present. A thorough investigation into the episode is required to put it at rest. Currently these are allegations that have originated from a media investigation that was published simultaneously across the world. Of course governments will deny, but what is the truth?

Shocking is quite a mild word when attempting to unravel the Pegasus spyware scandal. It may be named after a mythical creature, but this one is for real. This is not mere phone tapping as we have known it in the past but the software can access all data on the phone and even calls made on Whatsapp and other such platforms that were hitherto considered as safe from tapping. Besides, with smart phones being used for practically all forms of communication and even for banking purposes, such spyware poses a major threat to privacy. Practically, nothing can be safe or private any more. This also goes beyond just listening to conversations, as such spyware can be used to falsely accuse a person by inserting a fake trail in the mobile phone.

The investigation did not just point out to the use of the spyware in India, but the software has been possibly used to spy on prominent persons, political leaders and journalists across the world. As per reports the list has some 50,000 mobile phone numbers, of which over 300 were of Indians. Names are being released in batches so the enormity of the issue is yet to be known. The issue, however, has not exploded into a major controversy as past instances of phone tapping have. There still appears to be an element of doubt being placed on the media reports regarding the spyware. Yet, this is not a minor matter and it requires to be thoroughly investigated to put it at rest.