Not just keeping it open, Sanjeevani need a revival 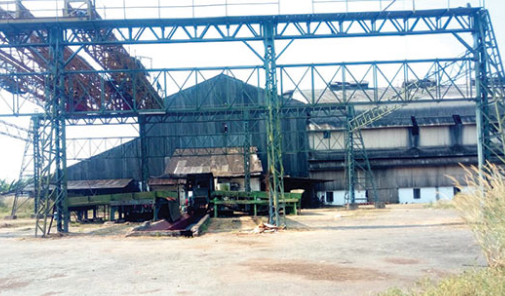 The interminable saga surrounding the Sanjeevani Sugar Factory has been extending for a shade too long a length. For long there has been nothing sweet about the sugar factory. It has, on the contrary, left a bitter taste in the mouths of the sugarcane farmers for whose benefit this factory was originally conceived and is today the only outlet for their produce in the State. The sudden news that the factory will not recommence operations again, and then the hurried clarification by the government that it has taken no such decision, has puzzled the farmers and the employees of the unit, who are still hoping for some firm clarification on the entire issue, and even this week the farmers have sought a commitment from the government on the factory.

It is the sugarcane farmers’ economic sustainability that is at stake here. This sugar factory was one of the first units to be set up in Goa after Liberation, and it was meant to provide sugarcane farmers with an outlet for their produce within the State itself, without having to market outside the borders. It helped thorugh the past decades, and as farmers point out, based on the government urging them to double suarcane cultivation – this call went out after a highlevel meeting last year to discuss the unit;s revival – they have stepped up measures to increase production, with a few even adding to the area under sugarcane plantations by purchasing new tracts of land. If they lose their only market, the losses would be enormous. Not that the farmers have had a decent living out of the factory, and point out that they have been facing losses, and even not been paid for the sugarcane supplied during the last season.

Today, with a cloud hanging over the functioning of the factory, sugarcane cultivators claim that it is not just the 900 of them who produce the cane who are dependent on the factory for their economic survival, but there are other ancillary workers that include tractor and truck owners, labourers, drivers and others who will be affected should the factory close done. Often, these others are overlooked, but are also part of the chain who stand to lose from any factory closure decision.

For now, the government has clarified that the sugar factory will not close down. This is actually, not the first time such an assurance has been made. The unit has almost always been in the red, with the authorities regularly promising to keep it afloat. Today, its continuance has to include a complete revival of its fortunes, for which the government will have to turn around the economics of the factory. While the government claims that the factory will not down shutters, it has not announced any plans to make it financially viable. Unless there is a viable plan presented, this remains another assurance from the government, like so many others earlies, that have only led to the problems accumulating.

The revival of the unit will, however, not be easy for the government. According to Cooperation Minister Govind Gaude, the sugar unit is in the red by Rs 18 to Rs 18 crore annually, and the expenses include maintenances, electricity and water charges and salaries to the staff. He also said the production cost per tonne of sugar works out to Rs 9,000, while the returns on it are Rs 2,640 resulting in a loss of over Rs 6,000 per tonne. As the government sits to draft a revival plan, it needs to bring in permanent measures to keep the factory in the green, and a commitment from the authorities that the factory will not close down.