Anti-defection law needs to be amended for Goa 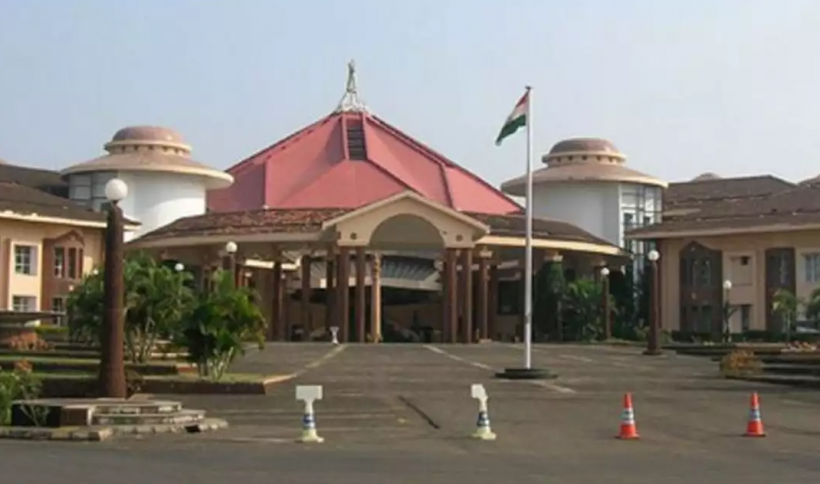 One of the first steps our new Assembly must take is to amend the Anti-Defection Act to make its applicability to this State more stringent. Laws which lack teeth such as the Town and Country Panning Act and the Lokayukta Act can be amended later. These laws are the source of corruption with one retired judge leaving Goa because his judgment as a Lokayukta was not implemented.

The fate of 301 contestants in Goa has already been sealed on Monday. This is why it will be interesting to see the fate of the 12 MLAs who crossed over to rival political parties, making a mockery of the Anti-Defection Law which lacked teeth anyway. The law on crossing political parties is very clear which is why last year, the Speaker’s order dismissing those petitions seeking disqualification of those MLAs was questionable.

This is why we need the Goa legislative assembly to introduce a State amendment in the Central Anti Defection Act to make party-hopping a criminal offence. This State amendment will have more teeth if it disqualifies independents who become ministers by allegedly accepting bribes which is how the Congress was unable to form the government in 2017 after winning 17 seats and the BJP just 13. The Congress’s helmsman who came from Delhi was allegedly preoccupied which gave our late Manohar Parrikar the edge in government formation.

The present Anti Defection Act disqualifies independents who join any political party after they are declared elected but not those who accept lucrative portfolios like home or information technology in exchange for ministerial berths. Mergers and splitting of political parties does not attract the Anti-Defection law. It is only if an MLA who is elected on one party ticket, switches allegiance to another political party, that this law is attracted.

The Goa Pradesh Congress Committee chief had complained about the Speaker’s delay in deciding his disqualification petitions against 10 Congress MLAs who had defected to the BJP. In the 1967 and 1971 elections, nearly 50 per cent of the 4,000 MPs and MLAs who were elected to Parliament or the State legislatures defected, toppling governments which led to political anarchy in the country.

This is precisely what led to the introduction of the 10th Schedule in the Constitution by the 52nd Amendment known as the Anti-Defection law which has not had much teeth because in 2003, it allowed two-third MLAs from one political party to switch allegiance to another political party to legally call it a “merger” instead of a purge of our unclean representatives from Goan society.

During the fourth Lok Sabha in 1967, the Y B Chavan committee submitted a report in 1968 which led to a first attempt to submit an anti-defection bill in Parliament which Indira Gandhi referred to a Joint Select Committee. After that, the first-ever national non-Congress Government, led by Morarji Desai, was ousted due to the defection of 76 MPs.

This created anarchy until 1979, when Indira Gandhi returned with a clear majority. During the tumultuous 1970-80s, whenever a Congress government was elected at the Centre, the non-Congress governments in various states fell illustrated by the fact that 438 defections took place during the 12 months between March 1967 and February 1968. This is why in 1985, the 52nd amendment to the Constitution was passed by Parliament to incorporate the 10th Schedule in the Constitution which later culminated in the 91st Constitutional amendment in 2003.

The Anti-Defection law which came into force on March 18, 1985 laid down how an MP could be disqualified if he joined another party or defied the party whip by remaining absent during a crucial vote. It was Rajiv Gandhi who introduced the new Bill in Parliament after a huge chunk of law-makers defected to his party after it won the elections. Tragically, this law allowed mergers and splitting of political parties.

Sachin Pilot and his MLAs (from the Congress' Rajasthan constituency) challenged the anti-defection law in the Rajasthan high court, arguing that freedom of speech and expression under Article 19(1) (a) should override a clause prohibiting any defiance (on grounds of conscience) of a party whip.

But this would run contrary to what the Supreme Court said, using sophistry and legal jargon, in what was known as the Searchlight case, when it ruled that absolute privileges of over 4,000 MPs and MLAs overrode the right to freedom of speech and expression of 1.5 billion Indians guaranteed under Article 19 (1) (a).

This strange logic in the apex court’s judge-made law needs to be overturned by Parliament but our MPs and MLAs will never codify their privileges which are tied to the British House of Commons, even after 70 years of independence. Codifying their privileges will make them subordinate to the fundamental rights of the people. When Parliament fails, the soon-to-be-formed Goa legislative assembly can fill the breach.

Democracy is mobocracy in disguise when autocrats place their welfare above that of Goem, Goemkar and Goemkarponn which has become a lovely rainbow in the sky.

(Dr Olav Albuquerque is a senior journalist-cum-advocate of the Bombay high court.)