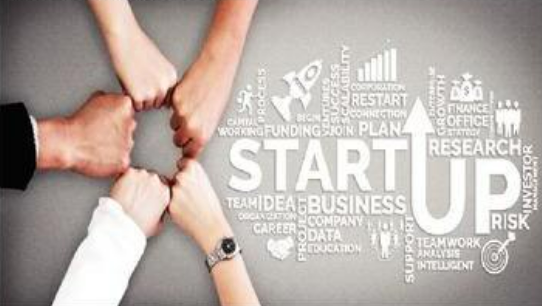 After India's independence, the economic model was of the Soviet type, governed by Licences Raj to carry out any type of investment project. This way, the Government wanted to control the means of production and it made many people, with great initiative, unmotivated, prone to migrate to countries where they were well received and appreciated. That was the case of the USA.

They could have launched a huge number of start-ups on their land, creating a lot of wealth and jobs, as they did in the country of their migration. But the leaders in India did not allow it, preferring a sterile but controlled economic model. See how the free enterprise model adopted from 1991 onwards has been giving increasingly very satisfactory results, at the pace of the opening of the economy, free from meaningless controls.

It sounds commonplace that only companies create wealth and jobs and that without them, entire regions and countries remain impoverished.

Due to religious tensions, a large number of “Parsis”, from Iran, who professed the Zoroastrian religion, were forced, from the 8th to 10th century, to leave their country, going to seek refuge in the country that wanted to welcome and leave them free. It is said that the Parsis went out in search of the goodwill of the monarchs, where they went, always with denials, until reaching the Monarch of Gujarat, who after certain reluctance let them settle down. However, he imposed some restrictions and the need to identify with local customs and festivals. But after seeing their exemplary behaviour, he removed the restrictions.

Fortunately, they were well received, to the point that today we see the Parsi descent in India, notable figures of philanthropists, intellectuals, physicians, scientists, artists, philosophers, finance, entrepreneurs, etc, with a great patriotic sense.

It is good to remain attentive and with the necessary openness of mind, because the diversity of origins, training, convictions of faith, provenance, experiences and, above all, the daring to take risks, has the effect of creating a rich culture, promoting creativity and original ideas, to move forward.

It is interesting to note that in 2016 less than 500 start-ups were created in India. But this current year they are already 73,000. It’s a great number for a country that had no tradition of creating companies. Better, under the Soviet-style model, until 1991, anyone who had entrepreneurial initiatives would have to emigrate, because there was no place for him/her in the country. They did it in their own country, overcoming all difficulties.

Among today's start-ups, 56 sectors can be identified, where there are more than 4,500 start-ups in the Internet of Things (IoT), Robotics, Artificial Intelligence and Analytics. Recognised are about 12% in the IT sector, 9% in the field of health care and life sciences; 7% in education; 5% in the professional and service business sector and 5% in the agricultural sector.

The unicorn concept, in itself, stimulating, may be a destabilising factor, as everyone wants their company to be that. To prove that an idea is really good, one has to go through years of testing, to have it working in every detail and shine to its fullest.

In 2021 with 90 unicorns, India was the third largest unicorn hub, after the United States (487) and China (301), and ahead of the United Kingdom (39). It should also be noted that 55% of US unicorns are promoted by emigrants. Of these, 66 were by emigrants from India and 54 by Israelis.

In the last 20 months, the Indian unicorn ecosystem has produced 60% of the country's unicorns bringing the number to 105. According to Inc42's 'The State of Indian Startup Ecosystem Report 2022', India will have 250 unicorns in 2025, coming right after the USA.

Currently, India's unicorns are collectively valued at $341 bn. Compare this to the $93 bn in funds received over the past two decades.

Environment for start-ups and innovation

It is important to take measures that create a favourable environment for experimenting with ideas, meeting people with similar goals and an infrastructure that makes the first steps easier, without young people feeling overwhelmed by the difficulties of the beginning and with the desire to give up. The initial difficulties are indeed a good filter to let the good ideas pass and to test the patience of the author in demonstrating its worth…

There have been reforms to make it easier to do business, raise capital, and reduce the hassle of complying with the requirements of the start-up ecosystem. With the 'Programme for the Protection of Intellectual Property for Start-ups', the processes related to the granting of patents and trademarks were simplified and accelerated. "As a result, nearly 6,000 patents and more than 20,000 trademarks were filed this fiscal year."

Almost all IIT-Indian Institute of Technology and IIM-Indian Institute of Management, in addition to other qualified and outstanding Higher Education Institutions, have their start-up incubators, where they provide space and basic services, as well as newsletters about advances and achievements of the projects that work in that institution.

Incubators are an environment conducive to mutual stimulation, with a rich entrepreneurial culture, resulting from the exchange of ideas between people with the same goals.

Start-ups and unicorns in the cited numbers give an idea of the high pace for a country that had never excelled in this domain, always buried in its poverty and misery, inflicted for a long time by British colonialism.

We will have to find ways to keep up the pace, without falling into the obsession that only unicorns count. Indeed, the average time to go from the idea of a start-up to being a unicorn has been reduced by half, as a consequence of the learning that is always present in well-thought-out human tasks.

(The author is professor