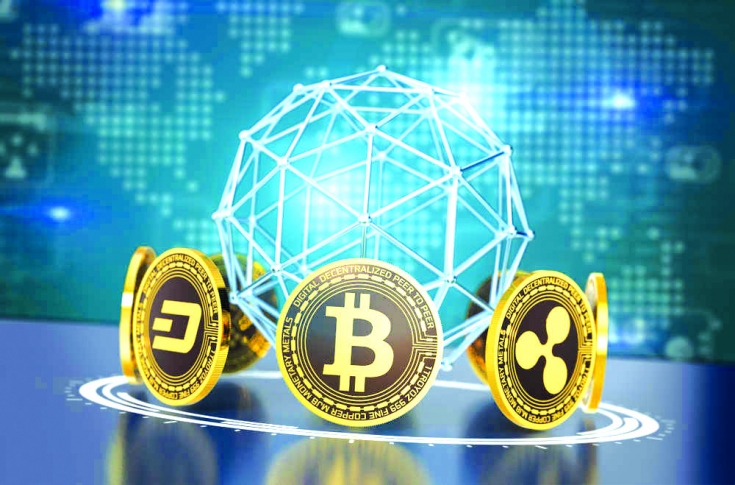 As the lawfulness of crypto-currency in India remains dark the Reserve Bank of India is working on the ‘phased implementation strategy’ of a Central Bank Digital Currency (CBDC). After four years of an inter-ministerial committee’s recommendation to launch fiat money in digital style, the Reserve Bank of India has signaled that preliminary plans to discover its feasibility are likely to be launched soon.

The Deputy Governor of the apex bank, Rabi Sankar in a speech a few days before, mentioned that the RBI is presently working towards a phased execution plan for its own digital currency and is in the process of introducing it in wholesale and retail sectors shortly. He also said that central banks have enhanced their care on digital currencies and the launching of digital currencies will be supported by the sovereign which will assist in reducing the use of cash in the economy and lessen the harm to the public from the use of private currencies.

The government’s opinion has constantly been that only such digital currency in India would be accepted as issued and controlled by the sovereign.  Thus, CBDC is envisioned to be a form of a digital currency issued by the RBI and approved by the Central government as legal tender. It is presumed that it will be secure, effective, and hold persistent value rather than changing in value like private crypto-currencies.

India needs digital rupee: A Central Bank Digital Currency is a fundamentally legal tender issued by the central bank of a country. It has similar functional abilities as a fiat currency and is considered transferable in nature with said fiat currency in a one-to-one form. The only distinguished difference is the form it takes, that is, a digital form. Private crypto assets such as Bitcoin and Ethereum have no legal issuers and they cannot be judged as money or currency, whereas the CBDC can be considered as money or currency. The CBDC is the equivalent of any other currency issued by a central bank – an independent currency issued but in an electronic shape and this type of currency reflects as a currency in circulation on the Central Bank’s balance sheet.

Hence, there has been little doubt that India wants a digital rupee. It is praiseworthy that India’s central bank is joining its aristocrats in equipping a digital currency. A CBDC can make all four functions of central banks in the payment segment more efficient. These four key tasks are providing means of payment, providing finality of payment, providing liquidity to guarantee effortless settlement, and providing systematic integrity and efficiency.

The launching of a CBDC will drastically reduce the cost of printing, transporting, and storing paper currency. A CBDC could permit an economical and more real-time globalization of payment methods. It allows an Indian exporter to pay dues on a real-time basis without any intermediary. Moreover, the hurdles of dollar-rupee transactions, the time zone difference in such transactions would almost evaporate.

RBI should walk the talk carefully: Though the clarity of introduction of digital currency given by the RBI is welcome, the much-awaited crypto-currency and Regulation of Official Digital Currency Bill, 2021, is yet to be introduced. The apex bank of India needs to frame vital decisions about the sketch of the currency relating to how it will be issued, the degree of secrecy it will have, the type of technology that is to be used, and so on.

While the RBI is evaluating whether the digital currency should be at the retail or wholesale level of gross settlement, the CBDC should be available for both wholesale and retail payments. This will make a real difference. A CBDC could check private payment system providers from dominating transaction data through a self-reinforcing loop of data, network externalities, and activities, attracting ever more users.

The RBI should carefully consider all probable influences of an official digital currency on people, the monetary policy, and the system of banking. There are other major perils to be taken into account as well, including those evolving from cybercrimes. More importantly, many laws need to be amended to make the digital rupee a reality. The RBI should also consider other issues such as should CBDCs be issued through a distributed ledger synchronized between the RBI and scheduled banks or a centralized ledger held by the RBI? Should each CBDC be validated and identified by a unique serial number or token, or else how would validation be done? Should distribution be only through the RBI, or via banks? How to account for CBDCs in the money supply?

A CBDC may put stress on traditional banking by lessening the volume of deposits. A CBDC may not be an interest-bearing instrument since physical notes are not and can have inferences for commercial banking. Bank credit is backed by the volume of deposits and if a CBDC catches on, many people may shift away from deposits. This will decrease the availability of cash for bank credit and compressing net interest margins. This may influence investment and growth. There is also the likelihood that, given CBDCs would permit immediate withdrawal, it could cause a run in case of bank failure.  So the RBI should tactfully handle the occurrence of such events.

(The writer is a tax specialist, financial adviser, guest faculty and public speaker based in Goa.)