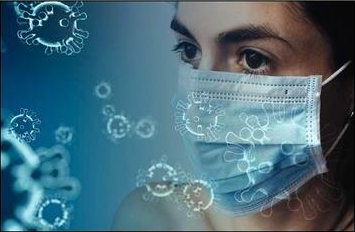 It is no surprise to scientific community, who are on the field working tirelessly in the cultivation and studying the salient features of the corona virus present in the skin, gut and the respiratory tracts of both animals and man, over the last 30 years, that Covid-19 pandemic has challenged the human population across the globe.

In Goa, we are gripped by fear psychosis that a highly and contagious and lethal pathogen, is out to get us not realising that the size of Covid-19 viruses is just 90 nanometers and Goans were wearing masks in general, which were over 900 nm in porosity, freely allowing the germ to absorb and enter the physiological tissue of man at will and cause infections as most of our population were breathing in carbon dioxide, which was blocked by the masks and being hot air, it was rising up the mouth and entering the nose thus making our body weak immunologically.

In this essay, I would avoid discussing about all the faulty SOP deployed by the central and state govt in India but on the role our body plays to combat infectious pathogens including Covid-19.

On the onset, I would emphaside that Viswajeet Rane, the health minister not only wasted public money by ordering 200 ventilators, but burdened our Exchequer and the patients with huge maintenance costs and hospitalisation costs.

It is a matter of shame that the common man is oblivious that our body has extensive and elaborate defence or immune system to combat the load of nearly one million virion particles in even a polluted environment. However, wearing masks in clear and clean environment was a ridiculous take. Let me talk science of Immunology in details. As soon as a flush of virus, dust particles and dirt enters our nose, the innate immune system comes into play.

In the first line of defence, the hair, cilia and sweat glands, mucous trap the microbial antigen and the viruses, bacteria, fungi, pollen grains are flushed out by the running nose, teary eyes, sweaty skin, etc.

However, if the viruses penetrate further into the nasal canal, in the larynx and then into the lungs, we have the dendrites cells and the macrophages coming down on the invading enemy and gulping down in the process of phagocytosis and eliminating the invaders. Simultaneously our body produces killer proteins called interferons, which play a strategic role to push back the viruses from marching further down our throat or pharynx.

In the primary battle the viruses shed capsid and capsomer proteins as they die. Our macrophages and dendrites carry these proteins shed by the virus back into our body lymphonodes and glands, which helps in our body to get the alert signal or the alarm. This is to bring into play the “Natural killer cells (NKC) which kill the viruses instantaneously.

Soon our elaborate army of T-cells and the B-cells get alerted depending upon the protein sequence of amino acids on the spikes, our body goes on the attack mode preparing missile proteins and following the direction and signal messages are provided by the T-helper cells and the B-helper cells produced by the organs mentioned earlier. As to how the signal proteins work, is biochemistry marvel and precise in its action.

Whilst the helper cells act as message transmitters and alerting the body organs against the invaders, the killer cells and the grandular white blood cells just kill and destroy and are also killed in the process, leading to formation of pus and inflammation.” We must know that spleen, liver and bone marrow produce large quantities of lymptic cells and enzymes to kill the viruses.

Do Goans realise that it is our white blood cells discharge pyrogens (chemicals) and rarely allergies too, which is why we get fever and itching sensivity edema, etc.

The fever in our body is signal that our body is fighting the microbes hoping that body temperature elevation would kill the invaders and confuse them too. As millions of our cells in the body are fighting, we have the cluster of “differentiation” cells which secrete proteins in the blood and the plasma proteins too are produced and placed to ensure that the viral particles are solubilised and contained.

The plasma proteins too are produced and placed into action to ensure that the viral particles are solubilised and contained. With the signal proteins in our body in full cry the bone marrow and the thymus glands are assigned the job of producing a variety of immuno globulins. The IgG in particular along with the other varieties of antibodies ensure that the body is free of microbes as they surround the virus individually all around and suffocate them to death. Differential role of IgG, IgA, IgD, IgE, IgM is intricate and fascinating.

Interestingly our T-killer and cells the grandular leucocytes, not only kill the viruses but also the cells of our body in which the viruses are hiding by releasing cytokines and perfoxins which punch holes in the diseases cells and discharge/secrete cytokins which kill the infected cells and the hidden viruses in our body.

We cannot acquire immunity from nature by avoiding viruses by remaining indoors and allow our immune cells to be sleeper cells and sitting ducks. Attack is the best form of defence is what human immunology teaches us.

The dull-headed Goa government has no scientists working on the aspects of virology and genetic engineering centred around using stem cells or Vitamin C, Vitamin D usage in the combating of Covid-19 viruses, which would be discussed in details in the next article dealing with immunity boosting to counter as infections.

(The writer is a retired University Professor and an environmental activist)