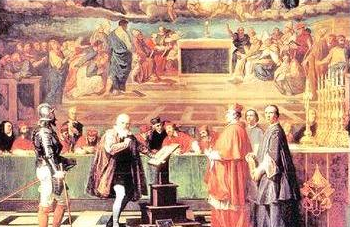 India is not a land of many histories. It is a land of shared history all of which belongs to the nation and is essential in creating a sense of nationhood. The Goa Inquisition which should have been a subject of common interest to both Catholic and Hindu Goans has turned into its most divisive topic.

Goa’s renowned historian Dr Teotonio D’Souza remained regretful that the Goa Inquisition was the least studied subject in Indo-European history. Roughly ten years ago, there were animated discussions to pursue a project which would study the Inquisition. As is usually the case in such matters, it was not pursued due to lack of funding.

The lacuna has given rise to self-proclaimed experts. People who have no research or academic credentials in Inquisition history are holding public talks, setting up websites and disseminating videos with the not-so-subtle undertone that contemporary Goan Catholics much inherit the historical guilt of the Inquisition. Nowhere in the history of nation states are the victims of an injustice or their descendants called upon to atone for that very injustice. This happens only when the narrative is distorted beyond recognition by special interest groups keen on creating a perpetual sense of victimhood. We all know who they are. It’s time we named them in the hope that they feel that most basic of human qualities—shame.

Despite the lack of scholarly endeavour in Goa on this subject, the Inquisition itself is not a blank state. Much work has been done to understand this period in Church history. The Inquisition grew out of France and then spread to Spain and Portugal. Reeling from debt, Spain found prosperous Jews who had newly converted to Catholicism to be easy targets. Once accused, their properties could be confiscated by the State. The Inquisition was also a reactionary force battling the increasing influence of the Protestant Reformation challenging Catholic papal authority within Europe. As such, the Inquisition’s primary targets were the newly converted, the conversos, who they feared would lapse into their previous faith traditions.

The Inquisition arrived in Goa eight years after the death of St. Francis Xavier, not as an ecclesiastical body to monitor Hindus but to keep a check on the settler community in Goa, more precisely the Jewish conversos like Garcia da Orta after whom the garden in Panjim is named. Jews for some time had taken refuge in Portugal to escape the severity of the Inquisition in Spain but as persecution in Portugal also gained momentum, Jews often settled in colonies like Goa to put as much distance between them and Europe.

Author Alan Machado who has done much archival research on the Inquisition and from whose scholarship a book is forthcoming, writes: ‘The list of those convicted in the first 40 years of the Goa Inquisition’s existence clearly shows who were most prosecuted in the early years. Of the 1,582 convicted, 45.2% were convicted for offences related to Judaism and Islam…Out of 5,108 individual who appeared in 61 auto da fes between 1650 and 1801…70% were Christians.’ These figures have been compiled by Machado from Lisbon’s National Library archives. More importantly, in correcting the narrative that has taken hold in India of Hindus being persecuted in vast numbers, Machado tell us, ‘In the 61 auto da fe lists, not one non-Christian was burned. The reason is simple: burning was reserved only for relapsed heretics.’ In other words, for New Christians. Others were punished with prison sentences, forced labour or exile.

The detailed eye-witness account we have of the Goa Inquisition comes from Charles Dellon, a French doctor, who was taken into the custody of the Goa Inquisition in January 1674 and finally released in 1677. Upon returning to France, Dellon set about writing his account of the Goa Inquisition, titled Relation de l'lnquisition de Goa. As with all sensationalist writing, his book was widely read in Europe. Dellon’s accounts, however, have been re-interrogated by modern historians. How reliable was his testimony and the exactitude of its detail? The juxtaposition of French and Portuguese interests in India puts Dellon in the middle of a power struggle. Dellon in no small part contributed to ‘Black Legend’ propaganda, a northern European bias in recording history, intent on hyperbolising the cruelty of southern European Catholic empires.

Just how wide and deep the reach of the Goa Inquisition was should be the subject of further study. We might discover that the Inquisition was indeed as brutal as it is made out to be recklessly adjudicating the moral and material lives of hapless indigenous populations, persecuting them and displacing them. Or we may discover that the Inquisition was a tribunal court which required standards of evidence to convict those charged, that it kept meticulous records, and that quite possibly, as was the case in Portugal and Spain, it was used by the State to harass political opponents and landed gentry whose properties they could confiscate while the general population escaped its inquisitorial eye. The facts lie buried in the archives at the Vatican and Portugal. Unfortunately, we have come to rely on Wikipedia pages and WhatsApp forwards as a good substitute for historical enquiry.

Finally, let us remember that the Inquisition is not a matter of  contemporary history nor is it even near-modern history. It is medieval history and we are 300-400 years removed from it. It must be contextualised within the period that it existed taking into account the prevailing ideologies of the time, and the uninformed nature of their concerns relating to sorcery, sodomy and the salvation of the soul. There is no question of atonement or even apology from a present generation of Catholics and particularly not Goan Catholics.

(The writer is the Author of Goan Pioneers of East Africa)