Sports associations for whose benefit? 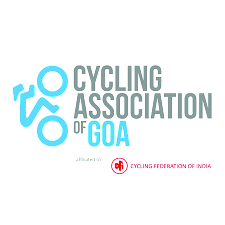 In 1992 as India prepared for the Barcelona Olympics, my neighbour, Edgar Mascarenhas, a sure shot failed to make it for the men’s hockey team. The team that was to come back with a medal, fared badly. Later, the press interviewed Edgar and he spoke his mind, the team carried injuries and thus failed. The bosses of Indian Hockey Federation did not take kindly to the interview which was published in prominent dailies. They decided to ban him for life from playing hockey. Fortunately for him, his team Air India decided to back him. He approached the Mumbai High Court and the ban was unconditionally lifted. Edgar could play hockey, his passion, but he never played for India again. India lost a good player forever. The officials continued as if nothing happened.

Thirty years later, nothing seems to have changed as far as Sports Administration is concerned.

Cycling has picked up in a big way across the country and in Goa too, thanks to the pandemic. The rot in the Cycling Association of Goa (CAG) highlights the issues prevalent across Sports Associations.

Pradyum Naik, a young off-roader, travelled from Margao to Mapusa twice to make his licence so he could participate in the nationals at Gadag. First time, there was no one in the office of CAG. He managed on the second trip. When he reached Gadag, there was no entry sent. Thanks to the good offices of his cycling Club, Xaxti Riders and an official of the Cycling Federation of India (CFI), he managed to participate as a member of another States team, he also had to make his licence again paying a higher amount as a spot fee. Business as usual in CAG.

In Sept 21, the CFI announced the cycling Nationals at Kurukshetra. The CAG, slept despite prodding from various cycling clubs across Goa to hold the trails and select the team. Finally, they had the trials early November. They slept again and sent the team details to CFI two days before the deadline of 15th November. Dr Blanche Themudo, who had topped the trials in the women’s elite category and an automatic entry found herself in the cold. With no explanation forthcoming, she supported by her team Equipe Goa, she approached the High Court.

This move would have caught the men at the wheel of CAG off guard. They are not used to sports people approaching the court so fast against blatantly unjust decisions. The CAG in its defence produced an email from CFI, stating that there was an age limit and thus the entry was not sent. This defence would have worked in the confines of the CAG office, but in court the question was to show the underlying rule that supported such an email, there was none. The HC ordered the CAG to send Dr. Blanche’s entry on merit and also asked the CFI to accept the entry even if there was a delay. This was important, otherwise the CAG would have blocked the entry of grounds that it was past the deadline.

So much preparation time wasted due to the laid-back attitude of the CAG. Why were the trials delayed? Who in CAG sent the email asking for clarification on the age limit and why was it needed all of a sudden? Who in CFI responded without taking proper recourse to the rules and despite the fact that there were already precedents of those over 35+ taking part in competition conducted by CFI?  Should heads not roll? Where is accountability?

The participants are expected to pay for their travel, boarding, lodging etc. There is a Team Manager, paying his own fare. Why? Does the Government through the Indian Olympic Association (IOA) or Goa Olympic Association (GOA) or Sports Authority of Goa (SAG) not give the Association funds to conduct tournaments, fund teams, develop facilities and sports-persons.? Where does the entire sport budget go?

The BCCI has shown the way to avoid conflict of interest rigorously. In CAG this is thrown to the winds, can a race official at CAG also have a business interest in cycling? What about competence, is it not needed for officials? Who decides, are minutes available?

Is the Association only a vote bank for officials aspiring to get elected to the nodal agencies viz GOA or IOA? The smallest cycling club in Goa will have more members than CAG, Why? Is it because they can control the voting pattern of a few trusted individuals to ensure the same people continue at the helm forever, irrespective of the performance of the Association in developing the sport?  The above arguments can be made for swimming, basketball, table tennis etc etc.

For a change to happen which will see sports in Goa / India flourish, there has to be transparency and most importantly a cap on the number of terms an office bearer can continue in office. Associations should be treated on par with public companies and they should be mandated to publish their accounts in leading dailies every six months. If conflict of interest issues are raised the associations should act immediately. Membership should be made open as per the bye laws of the Association and these should not be restrictive. The focus should be on development of the respective sport.

PS: As you read this the competition will be underway. We wish all the competitors the very best, they work hard despite the apathy and callousness of the officialdom.

(The author prefers to write rather than chat in a balcao.)